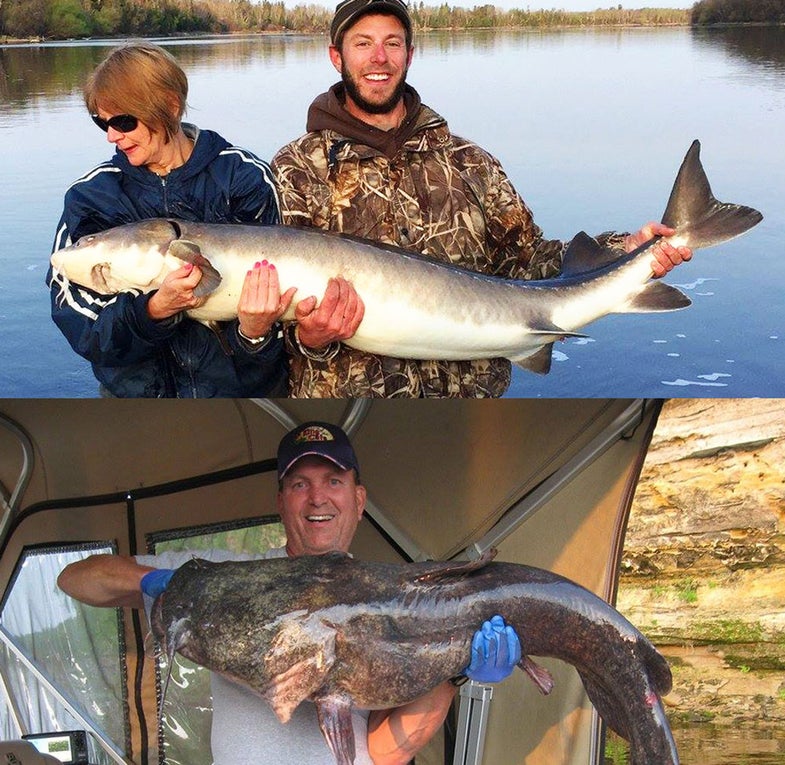 Two separate Minnesota anglers recently surpassed two different entries on the same day. The Minnesota Department of Natural Resources (MDNR) released a statement Monday with the two names that will be entered in the state’s record books for fish they caught May 8.

Cindy Pawlowski of Frazee was fishing the Rainy River with night crawlers around 7 a.m. when she hooked and landed a lake sturgeon that was 62 7/8 inches long with a 29-inch girth. A little over 12 hours later, Steven DeMars of Stillwater was fishing the St. Croix River when he caught a 47-inch long flathead catfish that had a 30-inch girth.

The records are also noteworthy because they’re entered under the state’s catch-and-release program—a special classification for muskie, lake sturgeon, and flathead catfish where catch-and-release anglers can measure, photograph, and set fish free instead of harvesting to verify its weight. In fact, though Powlowski’s sturgeon and DeMars’ catfish are taking the top spot, the state hasn’t yet received an application for a record caught-and-released muskie, so that slot remains open.

“Congratulations to our first two record holders in the record program we expanded this year,” said Mike Kurre, who manages the MDNR’s record fish program. “It’s great to see these photos and applications and know there are still chances for other anglers to catch these enormous fish.”

To qualify for a catch-and-release record, anglers must have a valid fishing license, and catch the fish when the respective season for that fish is open. Other program guidelines and applications are available on the MNDNR’s record fish page.