British angler Warren Harrison set a new European record for the heaviest brace of fish by reeling in three massive... 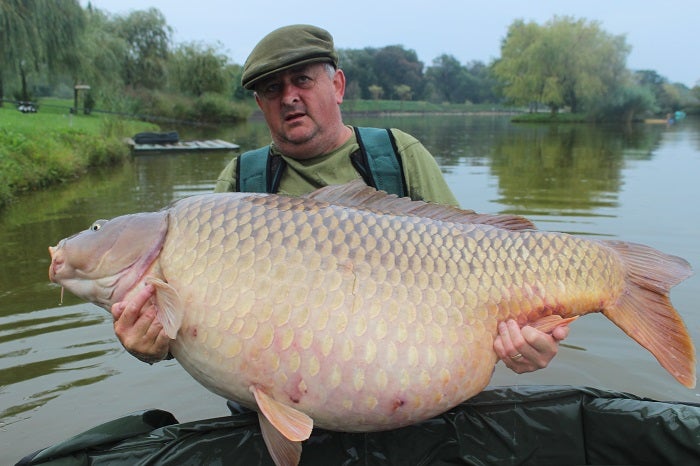 “It took 25 minutes to land and it was just so long—too big for the 42 inch net,” said Warren, who has fished in Europe for 20 years. “The margins are 10 feet deep and the fish stay so deep until you eventually see some swirls of their tails—and when they surface, your eyes pop out!”

According to Angling Times, Harrison and a friend caught 121 fish between them in two weeks on the 27-acre lake, which was just opened to UK anglers last year. They caught an average of six fish a day—an anomaly when it comes to European carp fishing—including seven 50-pound fish, and another mirror carp weighing 70 pounds. Before this trip, Harrison’s personal best for carp was a 78-pounder caught on France’s Rainbow Lake.