Offshore wind farms may have the unintended benefit of acting as artificial reefs, providing habitat for invertebrates which then attract... 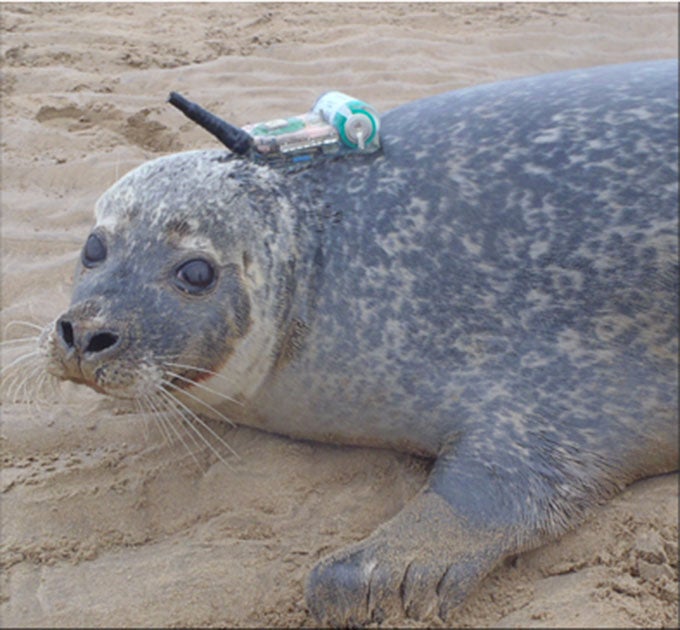 Offshore wind farms may have the unintended benefit of acting as artificial reefs, providing habitat for invertebrates which then attract predators, which, in turn attract larger predators on up to harbor seals. That’s what appears to be the case in the Sheringham Shaol wind farm off the coast of England and the Alpha Ventus wind farm off the island of Borkum near the German coast.

Researchers following 100 GPS-tagged harbor seals found 11 of them frequented the wind farms, with one seal making 13 visits. Once the seals reached the wind farms they moved systematically from one turbine to the next in a grid pattern, presumably hunting for food.

Doctor Deborah Russell of Scotland’s University of St.Andrews, author of the study, says it’s too soon to tell if the wind turbine reefs are good or bad for marine life. If the structures only serve to concentrate prey species and make them more vulnerable to seals, and, in Doctor Russell’s words, the fish could be “hovered up” by the seals. If, however, the turbines are creating habitat for more marine creatures, their effect could be beneficial.

“If it turns out that these [wind farms] are actually beneficial in terms of increasing the prey species of the seals and they’re providing foraging opportunities for the seals, then it may be that the structures can be designed in such a way to maximize the chance of artificial reefs developing on those structures,” says Russell. But, she says, if “it turns out that they overall have a negative impact, then maybe these structures could be designed to minimize the chances of [creating] an artificial reef.”

The Sheringham Shoal farm is nine miles off shore in 40-80 feet of water. The Alpha Ventus farm is 28 miles from land in water 100 feet deep. Harbor seals often spend days hunting at sea at a time and range up to 30 miles looking for food. They prey on fish, some mollusks and, occasionally, sea birds.