Officials for Olympic National Park said numbers of anadromous fish were spotted in the upper part of Washington’s Elwha River... 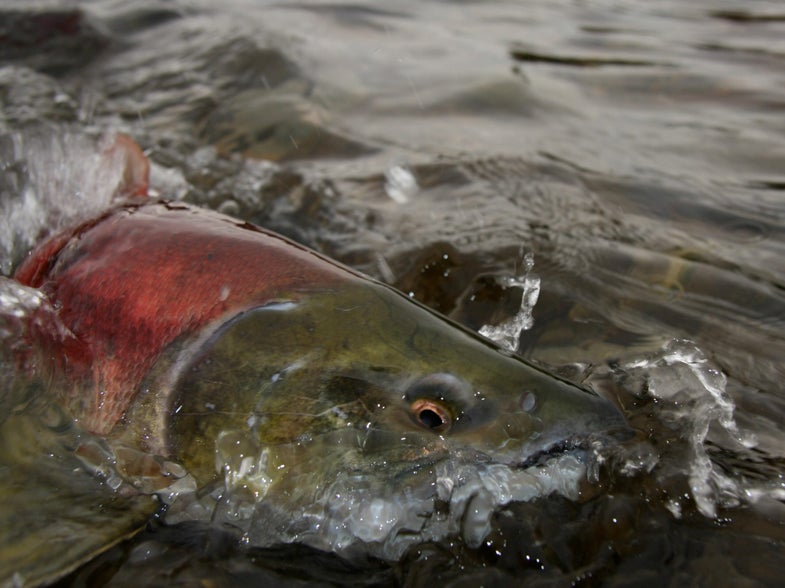 A female sockeye builds a redd. Sockeye is one of two species of spawning salmon recently spotted by park officials in the upper reaches of the Elwha. Thomas Foster/Flickr
SHARE

Officials for Olympic National Park said numbers of anadromous fish were spotted in the upper part of Washington’s Elwha River last month. The Peninsula Daily News reports that snorkel surveys showed steelhead, bull trout, and two species of salmon swimming in the upper stretches of the river. Those species were previously blocked by the Elwha and Glines Canyon dams, which were removed in 2012 and 2014, respectively. Their removal opened the door for these fish to pass throughout the entire river system for the first time since the dams were constructed in the early 1900s.

Rachel Spector, acting park superintendent, said the sightings were a sign that dam removal can revive a river system. “We are thrilled to see this latest confirmation of the success and value of dam removal,” said Spector. “As restoration proceeds, the benefits continue to mount along the entire river and through its entire ecosystem.”

Snorkel surveys conducted in August showed nearly 20 anadromous fish, including steelhead and two species of salmon, swimming upstream from where each dam once blocked their progress. Scientists also used radio telemetry to track a bull trout as it traveled 29 miles from the mouth of the Elwha to near the Goldie River. That fish was able to travel the last 16 miles, traversing the distance from Glines Canyon to the mouth of the Goldie, in a mere two weeks.

Biologists plan to conduct redd surveys and study environmental DNA to evaluate Chinook salmon spawning along 40 miles of the river.

The recolonization of the river by these species was made possible by the Elwha River Ecosystem and Fisheries Restoration Act, which Congress passed in 1992. The $325 million project was intended to restore the Elwha River to its natural state after a century of being dammed.