Researchers are getting a bird’s-eye view in their efforts to restore lake trout populations in Lake Huron. According to a... 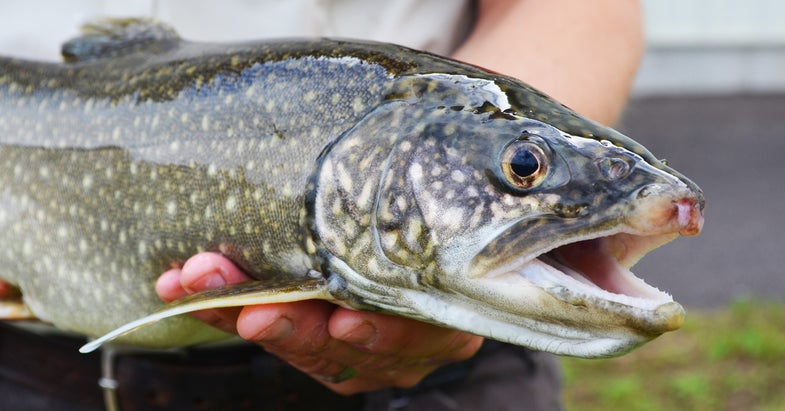 Researchers are getting a bird’s-eye view in their efforts to restore lake trout populations in Lake Huron. According to a study published in the Journal of Great Lakes Research, using satellite data to analyze the light reflected from the lake floor may make it easier for scientists to identify potential trout spawning grounds across larger swaths of the lake than previously possible.

According to the MTRI, spawning habitat has been previously identified with traps and divers, as well as underwater cameras and acoustic telemetry. But the intensive labor these efforts demand limits their usefulness. “It’s not really realistic to physically survey the whole lake when you have a lake the size of Huron,” Grimm told the Great Lakes Echo. “The satellite data really helps us narrow down the likely candidates for where this natural reproduction of lake trout is happening.”

The study is part of continuing efforts to return lake trout populations to self-sustaining levels. Over-fishing, much of which was commercial, and sea lamprey fatalities contributed to a drastic decline in populations during the 1950s. According to Steve Farha, a researcher at the Great Lakes Science Center in Ann Arbor, Michigan, and co-author of the study, determining spawning sites will make it vastly easier to study lake trout reproduction. Artificial reefs can then be built to aid spawning.

There are a number of difficulties associated with this project, however: Lake trout spawn in the fall, a stormy season on the Great Lakes. Farha says that cloudy conditions made it difficult to line up the satellites for the experiment, the Great Lakes Echo reports. The MTRI is testing the use of unmanned aerial vehicles to mitigate the issues caused by cloudy weather, however.

Grimm expresses interested in using satellite imagery to find spawning locations elsewhere in the Great Lakes, such as near Michigan’s Beaver Island, but efforts are not yet underway.