A sea lion grabbed a fisherman and pulled him to the bottom of San Diego’s Mission Bay at 2:38 p.m.... 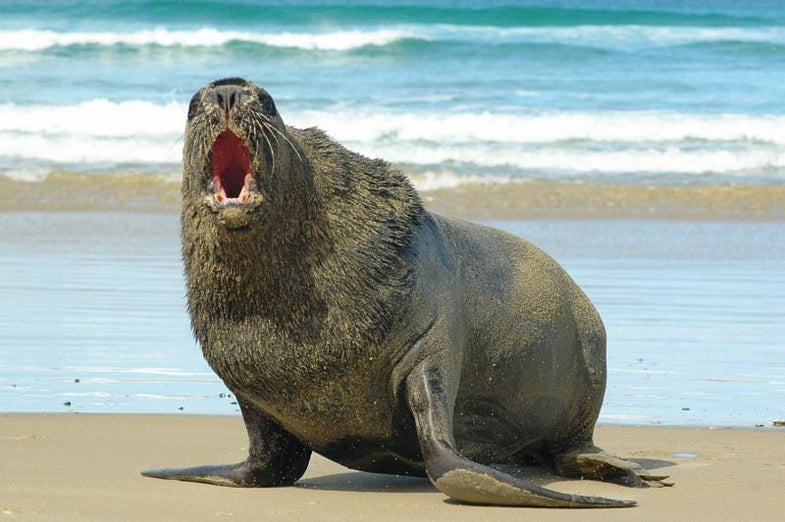 A sea lion grabbed a fisherman and pulled him to the bottom of San Diego’s Mission Bay at 2:38 p.m. on Easter Sunday, according to San Dieg 6.

Daniel Carlin was in his boat with his wife, returning from a day of fishing. As Carlin posed for a grip and grin picture with a fish he had caught, a sea lion, estimated at 300 pounds, lunged for the fish. It grabbed Carlin instead, pulling him out of the boat and underwater. Witnesses say Carlin, 62, was under water for 15 to 20 seconds and the sea lion bit him repeatedly before letting him go.

Carlin was treated for shock and cuts to his hands, legs, and feet. A few days earlier, another sea lion bit a five-year-old boy in the face. That animal had washed ashore and may have been distressed. The boy was treated for minor puncture wounds.