Photograph via MDFR/Twitter You never know what you’ll find at a flea market. For instance, this week a woman searching... 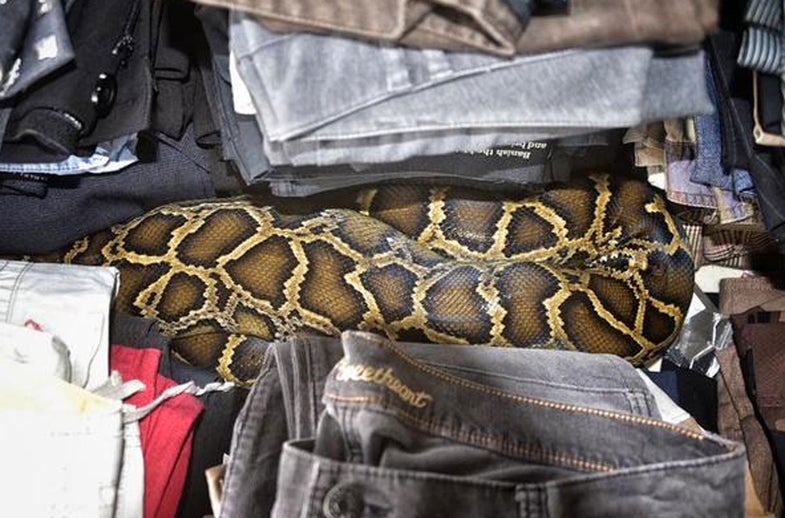 You never know what you’ll find at a flea market. For instance, this week a woman searching through a pile of clothes at a flea market in Homestead, Florida, found a Burmese python nestled among the garments. According to ABC 7, upon the serpent’s discovery, flea market organizers called the Miami-Dade Fire Department, who responded and captured the animal. Officials now believe the snake had recently eaten and slithered into the clothes to rest and digest its meal.

The snake measured seven feet long and weighed about 40 pounds. It was turned over to the Florida Fish and Wildlife Conservation Commission. Since the Burmese python is an invasive species, the snake will likely be euthanized.

We’ve covered Florida’s python problem in the past, which you can read about here and here.