Should Bikes Be Allowed in Federal Wilderness Areas?

The conservation group Backcountry Hunters and Anglers has come out against a Senate bill that would allow mountain bikes to... 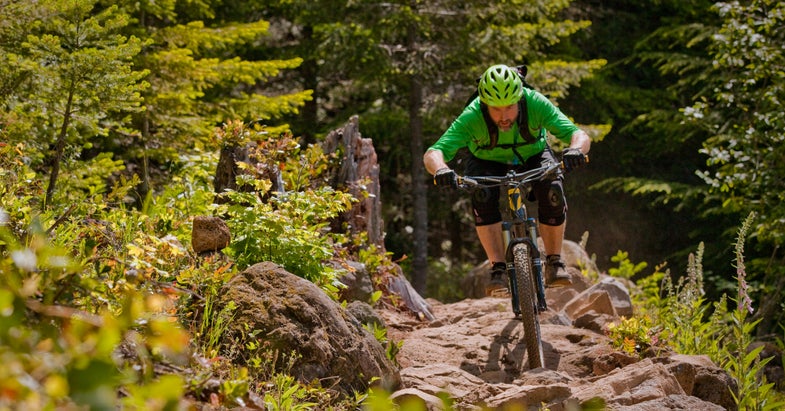 A new bill would permit the use of mountain bikes in federal wilderness areas.. Bureau of Land Management
SHARE

The conservation group Backcountry Hunters and Anglers has come out against a Senate bill that would allow mountain bikes to be used in federal wilderness areas. If passed, the Human-Powered Travel in Wilderness Areas Act, would, “open the door to bicycles in all wilderness areas in the United States,” a BHA press release states.

The 1964 Wilderness Act banned bikes from public wilderness, and BHA wants to maintain the traditional use of these areas. The group points to a 2004 U.S. Forest Service study of how bikes, as well as ATVs, negatively affect elk, by causing them to flee and thus burn energy and fat they may have needed to survive the winter.

From Alaska to Florida, wilderness areas provide hunters and anglers with unmatched backcountry adventures that are part of the fabric of the American experience. Wilderness areas encompass some of our rarest, most precious lands and waters, and their existence prevents the fragmentation of invaluable fish and wildlife habitat. While mountain bikes are enjoyed in appropriate places by many BHA members, they have no place in our wilderness.

[Designated] wilderness areas in the Lower 48 encompass less than 3 percent of our land mass, [and] an abundance of places are available for mountain bikes outside of formal wilderness. …Opening our wilderness areas to bikes would disrespect the very tradition of wilderness.

The bill has its proponents, however. In an editorial for High Country News, Ted Stroll, president of Sustainable Trails Coalition, which supports the bill, writes:

It is true that the Wilderness Act forbids “mechanical transport.” By this, however, Congress meant people being moved around by machines, not people moving themselves with mechanical assistance. Now that wilderness acreage is larger than California and Maryland combined—vastly larger than when the walk-only rules were imposed—there is a pressing need to restore Congress’ original vision. …The Sustainable Trails Coalition’s proposal is modest. It would not permit mountain biking or walking with a baby stroller everywhere. Instead, local land managers would be given the discretion to allow forms of human-powered travel where they believe it’s appropriate. The United States has 765 wilderness areas, each one managed by officials who know the terrain.

(It’s worth noting that, oddly enough, Stroll does not acknowledge he is affiliated with the Sustainable Trails Coalition, though he mentions the group repeatedly. Only his author’s bio at the end of the piece makes his connection to the group overt.)

BHA has published numerous pieces on the subject, one of which you can read here and here.