Photo by: Odinspear A group of professional skateboarders in Maryland celebrated the end of competition with a fishing trip last... 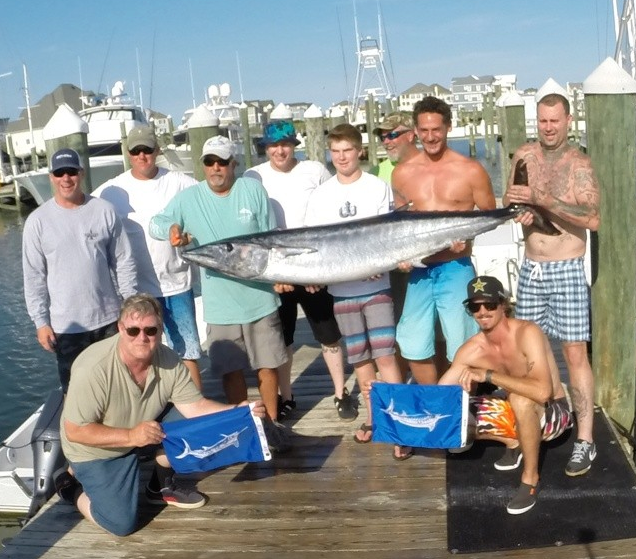 A group of professional skateboarders in Maryland celebrated the end of competition with a fishing trip last Monday — one that resulted in a new state-record wahoo, according to The Dispatch.

The group fished aboard the Odinspear and caught two white marlin, six yellowfin tuna, and a dolphin. The captain knew John Schaar’s 131-pound wahoo was special when he hooked it, according to Schaar’s friend Pat Pugh.

“It was amazing,” said Pugh. “When it surfaced, the mate, who barely said a word in the 15 years I’ve known him could hardly contain himself and was yelling and screaming. Ironically, the mate was working the scale back in 2003 when the previous record wahoo was weighed.”

Once back at the marina, the crew weighed the fish and news of the record fish spread rapidly.

“He didn’t take long to bring it in,” he said. “When it struck, it ran off a lot of line, but they backed down on it and John was steadily cranking it got in the boat in about 10 minutes or so. It was huge and everybody on the boat was celebrating. The caliber of this fish was pretty crazy. People all around the marina were freaking out.”