Chief A.J., maker of the HFX Sling Bow is suing the Illinois DNR in hopes of having his invention classified... 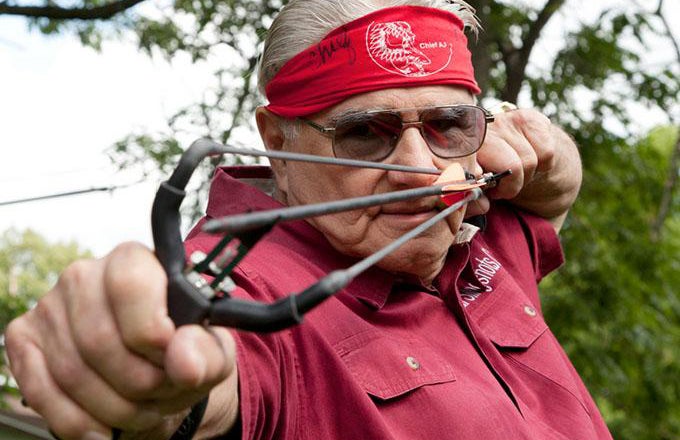 Chief A.J., maker of the HFX Sling Bow is suing the Illinois DNR in hopes of having his invention classified as legal for deer. A.J., whose real name is John Huffer, has taken game as large as moose and brown bear with his arrow-shooting slingshot. The HFX shoots a 28-inch, broadhead-tipped arrow. It has a 40 pound draw weight and it’s intended to be shot with a release like a compound bow.

Huffer makes his bows in machine shop in Illinois. The Illinois DNR classifies the sling bow is legal for small game, but not for deer. Chief A.J., a former tribal judge, is suing the state for $5 million, claiming that his product is being required to meet regulatory standards that aren’t applied to other makers of archery equipment.

A.J. says the sling bow is legal for deer in 30 states but wants to be able to sell it deer hunters in the state where he lives and makes the product. “Some states get it, and have OK’d using primitive weapons, but they are so stuck in the box here in Illinois that they won’t consider it. Remember, there were a lot of people fighting archery hunting when Fred Bear first came along,” he says.

A.J. had a coat made from the brown bear he shot in Alaska with the HFX Sling Bow, and he plans to wear the coat to court when he argues his case.