Smartrod Promises to Make You a Better Fisherman…

We have smartphones, smart televisions, and smart cars, so it was only a matter of time before someone invented a... 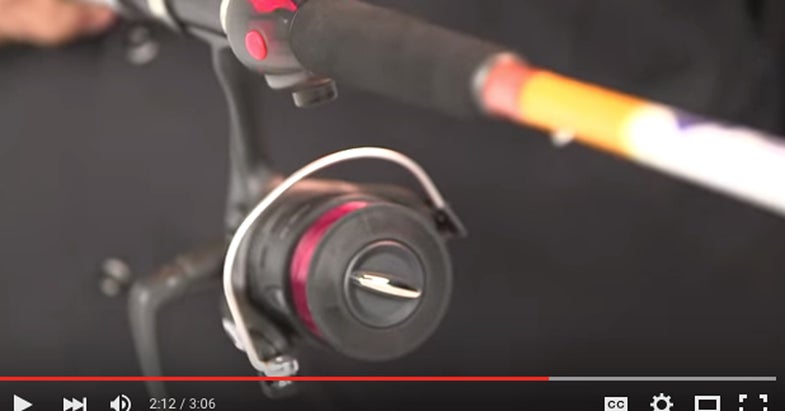 We have smartphones, smart televisions, and smart cars, so it was only a matter of time before someone invented a smart fishing rod, a device that takes the chance for “human error” out of the fish-catching equation. A story from FOX News reports that Ed Hope, an inventor from Topeka, Kansas, did just that with the Poletap Smartrod ($40)—a fishing stick that works like any other rod and reel but has the ability to detect even the faintest strikes to alert fishermen. Field & Stream broke the story of Hope’s invention in 2012, when he was awarded a utility patent. Since that time, he’s made a full-court press with marketing the product and even got his invention picked up by retailers such as Walmart.

R.R. Shumway, known to many Topeka locals as “the Kansas cat man” or “Cat Daddy,” says he operates one of the most successful catfish charter companies in the state. One reason is when he’s on the water, he rigs multiple rods for each client. Though it makes sense—more lines in the water equal more opportunities for fish—he says it’s hard to keep an eye on all the rigs at once, and every once-in-a-while, a fish gets off the hook because of it. “It’s the worst thing that can happen to a professional guide, especially when you’ve got paying clients in the boat,” Shumway says. “That’s a no-no.”

That’s where the Poletap Smartrod comes in, apparently. A small device called an “accelerometer,” located just above the reel seat, supposedly detects fish biting or bumping the end of the line, then lights up and emits an alarm, alerting the fisherman. Hope says the device is good for recreational fishermen, kids, or anglers fishing with more than one rod.

“These rods are fantastic,” Shumway says. “Top notch. I’ve seen a dozen different toys out there in the world today and can’t none of them that can touch this. I mean, this is the dog that barks, right here.”

So, what do you think—does an alarm make for a better angling experience, or would you rather hook fish the old-fashioned way?