Photograph courtesy of M-louis/Flickr Every year scores of Americans accidentally run afoul of gun laws in other countries. Most of... 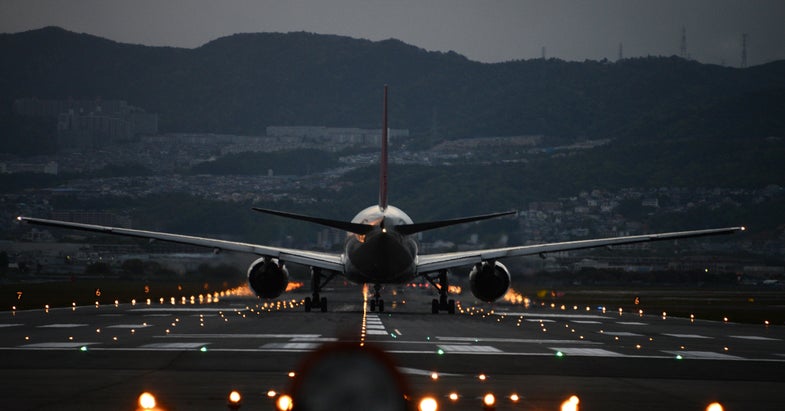 Every year scores of Americans accidentally run afoul of gun laws in other countries. Most of the time, the violations are completely unintentional, says Geoffrey Martineau, a division chief for the State Department. Nevertheless, law enforcement officers in other countries usually take even minor infractions seriously, Martineau explains. “Three times when I was stationed in India, we had Americans arrested for bringing a single cartridge into the country,” he says.

The State Department is unsure how prevalent the problem is, but Martineau believes that hundreds of Americans likely run into trouble with firearms at border crossings each year. There have been a few high-profile cases of such incidents, such as when U.S. Marine Andrew Tahmooressi was detained for trying to bring firearms into Mexico, but Martineau speculates that many cases go unreported, as well.

To prevent an unwanted encounter with local law enforcement, Martineau says that, if you can, it’s a good idea to leave at home your hunting coat or the pack you just took on an elk hunt with you when you travel overseas, in case you overlooked removing a loose round. Likewise, he recommends that you go through all your clothing as you pack and check your luggage carefully. Sometimes loose ammunition in carry-ons gets through TSA screening and is found by other countries’ customs officials.

Also, Americans driving into Canada or Mexico should make sure that they haven’t left guns or ammunition in a glove compartment, Martineau notes. Canadian law enforcement, in particular, believes that many crimes in the country are carried out with guns brought from the U.S. “They can impound your car and make you pay a heavy fine,” Martineau says. “You’ll have a couple of very unpleasant days that will ruin your vacation, and you might be told not to come back.”

Many Americans, Martineau says, don’t fully consider that other countries’ laws apply to them, or that their Second Amendment rights don’t extend past the U.S. border. In addition, although you should contact the U.S. Consulate if you have legal troubles in another country, he explains that there is only so much our government can do. “We can make sure that you’re being treated fairly, and we can help you find a lawyer,” says Martineau. “[But] we can’t bust you out of jail or send the Marines.”

Since rotating back to the U.S. from an overseas assignment, Martineau has made an effort to caution Americans traveling abroad to be careful to not inadvertently carry guns or ammunition across borders. He emphasizes that the State Department has no problem with Americans traveling abroad to hunt or shoot targets as long as they transport their firearms legally. “I have attended Ducks Unlimited and Safari Club International events,” he says. “Some hunters are skeptical of my presence, and wonder why the State Department is interested in their guns. My only agenda is to see fewer Americans arrested for accidentally taking guns or ammunition overseas.”

Editor’s Note: It should go without saying that if you intended to travel abroad with a firearm, ensure that you know the airline’s regulations and local laws about doing so. If you have further questions, consult legal counsel.​