The Mississippi state record for the heaviest reptile has already been broken twice this year — the most recent a... 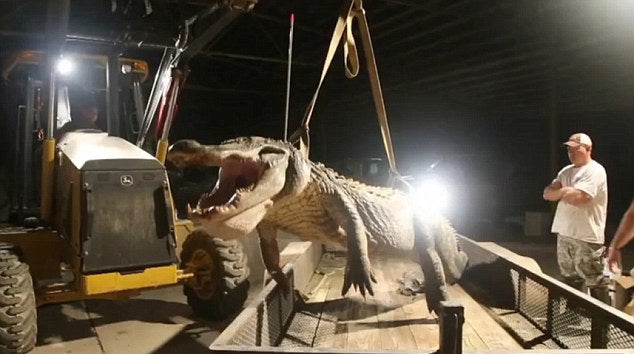 The Mississippi state record for the heaviest reptile has already been broken twice this year — the most recent a 13 ½-foot, 792-pound animal caught Sunday evening. The state is only four days into its alligator hunting season, according to NBC News.

Brian Montgomery, one of the three-man group that reportedly made the catch, was on his first alligator hunt and said the record breaker didn’t go down without a fight. It even bit a hole in their 16-foot aluminum boat before they could dispatch it and tow it to shore.

While animal right’s activists have decried the state’s 10-day gator hunts since they began in 2005, Ricky Flynt, the state’s alligator program coordinator, said its goal is to control the alligator population and provide recreational hunting opportunities. This year, the Department of Wildlife, Fisheries and Parks issued 920 permits to hunters that received special training.

Scott Berry, another member of the 3-man crew, said he expects their record to fall.