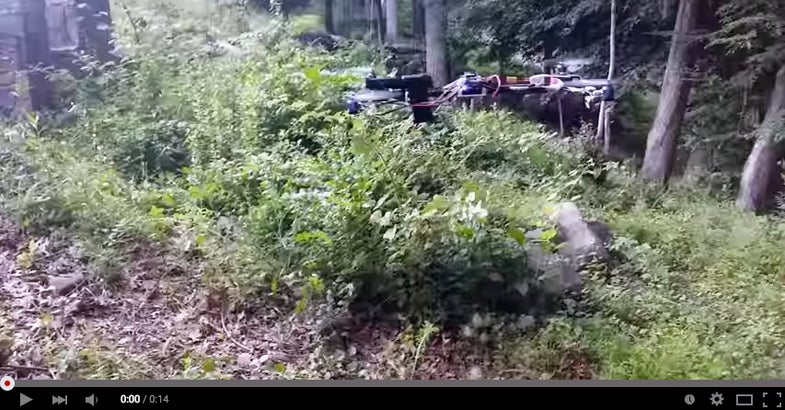 It’s a bird! It’s a plane! Nope, it’s a flying gun! Austin Haughwout, an 18-year-old mechanical-engineering student, recently built a drone with a semi-automatic handgun mounted to it. A video of it in use—taken in a wooded area in Clinton, Connecticut—has garnered respect and fear from YouTube commenters.

Haughwout said that the device is a “homemade multi-rotor with a semi-automatic handgun mounted on it” and that the drone was custom built for this purpose.

Regardless of the frightening potential capabilities of this type of device, the Clinton Police Department believes that the “flying gun” does not break any laws, especially because Haughwout shot the device on his own property.

“If it’s being discharged in an area where it could be legally discharged, right now there’s no legislation that prohibits it,” Sgt. Jeremiah Dunn told NBC Connecticut.

Despite the fact that the “flying gun” may slip through a legal loophole, the Federal Aviation Administration (FAA) plans to investigate whether the device violates any air-safety rules. “The FAA will investigate the operation of an unmanned aircraft system in a Connecticut park to determine if any Federal Aviation Regulations were violated,” FAA spokesman Jim Peters said.

Although Haughwout may not have broken any laws when creating or using the device, his invention may be the catalyst behind new laws that keep such innovative technological advancements in check.