Researchers from the University of Wyoming have for the first time documented the population-level effects of chronic wasting disease on... 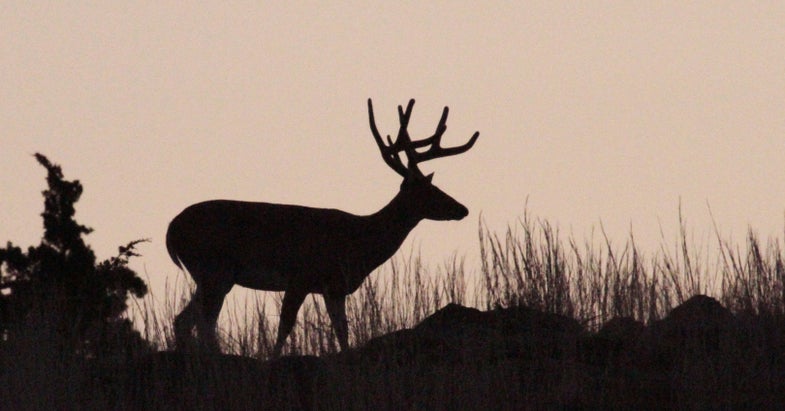 Researchers studied a deer herd in southeastern Wyoming from 2003 to 2010.. Larry Smith/Flickr
SHARE

Researchers from the University of Wyoming have for the first time documented the population-level effects of chronic wasting disease on deer herds. Recent Ph.D. graduate student David R. Edmunds studied a deer herd in southeastern Wyoming from 2003 to 2010 and discovered that the disease caused the population to decline at a rate of 10.4 percent per year, according to his paper, published in the journal PLOS One.

CWD is an invariably fatal nervous system disease that affects deer, elk, and moose. Originally discovered in Colorado in 1967, CWD has been discovered in wild animals in 24 states and two Canadian provinces, according to the University of Wyoming.

“We really do not have any effective strategies currently to manage CWD once it becomes established in landscapes and in populations,” Todd Cornish, an associate professor at UW, said in a statement provided by the university. “…This is a disease to be taken very seriously, with more research on control and prevention strategies warranted.”

During the study, researchers captured and collared 112 fawns and 63 adult deer, according to the Milwaukee Journal Sentinel. Hunters were the leading cause of mortality (46 deer), the paper reported, followed by CWD (17). Researchers found that CWD-positive deer were 4.5 times more likely to die than those without the disease. “Deer with CWD are less vigilant and more prone to many sources of mortality, including hunters, even before the disease claims them,” Edmunds told the Milwaukee Journal Sentinel.

Researchers say that, with 10 percent annual population declines, some localized extinctions of deer could occur in fewer than 50 years. “The take-home is: Prevent CWD from getting into new populations, because once it gets established we really have no way of handling the disease,” Edmunds told the Casper Star-Tribune.