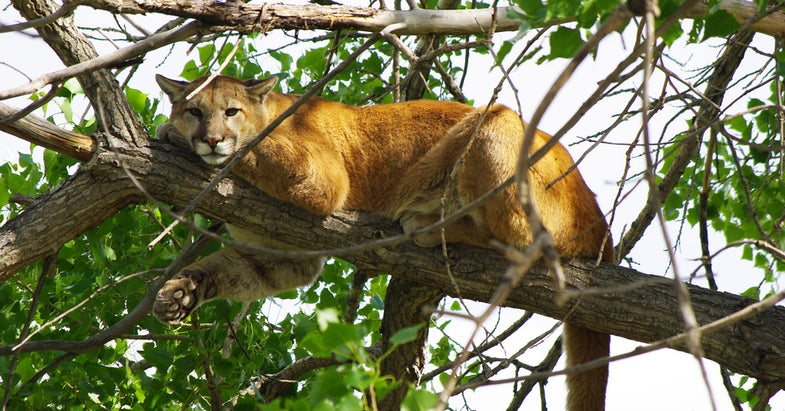 A new study, focused originally on mountain lion predation of peninsular bighorn sheep in Southern California, reveals a surprisingly low survival rate among mountain lions, according to The Wildlife Society. “Our data started suggesting, part way through the study, that the survival rates were probably lower than we would’ve expected,” said T. Winston Vickers, an associate veterinarian for the Wildlife Health Center, at University of California, Davis, who helped write the report.

The annual survival rate of lions in the region was documented at nearly 56 percent, an abnormally low percentage, given the lion’s protected status, which criminalizes hunting the cats in California. However, the study, published in PLOS ONE, found that habitat fragmentation was the leading cause of lion mortality. Since 2001, for example, only one mountain lion has been known to successfully cross California’s Interstate 15 from east to west.

Other studies have shown that high-traffic areas offer few passageways for wildlife, causing most animals to turn back from roadways instead of crossing them. Animal fatalities are more common in lower-traffic areas, though, where animals attempt to cross but misjudge vehicle speed. Depredation permits were the second leading cause of death for mountain lions, the study notes. Other causes include human-induced wildfires, illegal shootings, and public-safety removals.

“We would’ve expected some human-induced mortality,” said Vickers, “But we were surprised to see the vehicle mortalities be so high and even higher than the depredation permits. The lesson is look decades down the road. There are a lot of efforts still to build and secure more corridors and more land. But the challenges are significant once the land is broken up into smaller parcels.”