A new study suggests that cougars are not the solitary animals many people believe them to be — they’re actually... 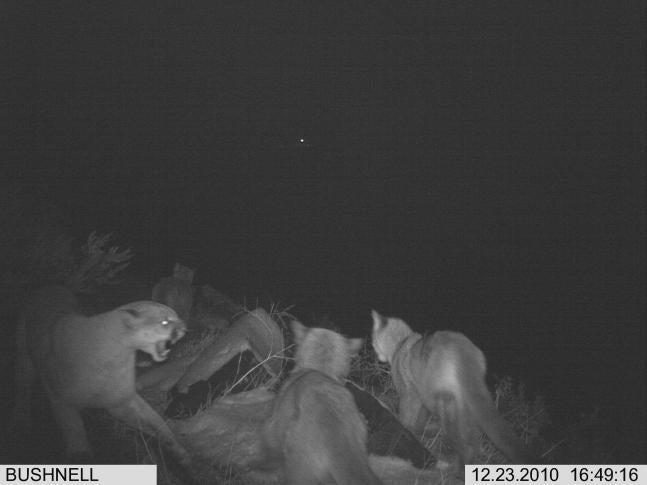 A new study suggests that cougars are not the solitary animals many people believe them to be — they’re actually much more social.

Researchers from the Teton Cougar Project analyzed eight years of worth of GPS data from 18 collared cats and DNA samples from 68 animals to determine what was causing the formation of lion “prides” around Jackson Hole, Wyo. They originally hypothesized that the presence of wolves, a lack of food sources, or possible blood relation was the reason the cats were mingling, Jackson Hole News & Guide reports.

But the analysis showed that these “associations” appeared to be social, according to project leader Mark Elbroch, who highlighted two female lions who were seen “plainly hanging out” with each other consistently for months.

“Every time one of them made a kill, the other one would show up,” Elbroch said. “The assumption and the story was that they must be sisters.” However, genetic tests revealed the two were as “unrelated as they could be.”

Elbroch said there are some limitations to the study because it relied heavily on data taken from GPS collars and didn’t include observations made via remote cameras. He said his team plans to study the footage next.