After a lifetime of taking (calculated) risks, a Hollywood stuntman, spurred on by a bear encounter that left him feeling... 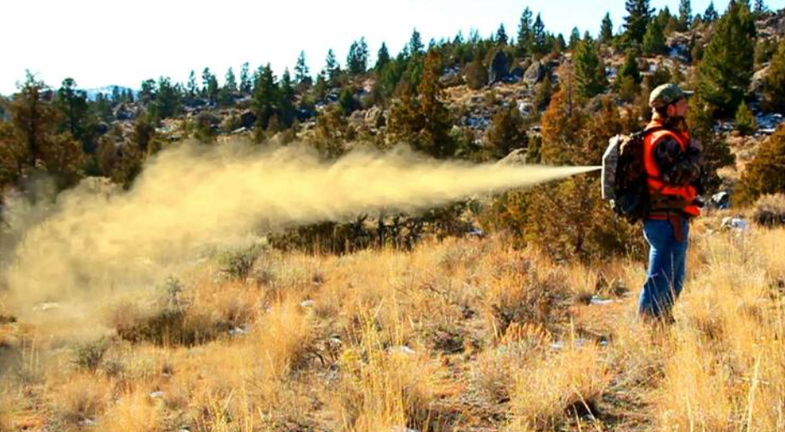 After a lifetime of taking (calculated) risks, a Hollywood stuntman, spurred on by a bear encounter that left him feeling “spooked,” is hoping his latest brainstorm will help others deter possible bear attacks, even if they’re lying on the ground, curled up in a defensive position.

A story from the Spokesman Review says Bill Lucas, a former Marine who spent 30 years as a stuntman in films like True Lies and The Terminator but now lives in Livingston, Montana, created a backpack that sprays bear repellent backward. Should a bruin surprise or attack someone wearing the device, he or she can pull a ripcord and discharge pepper spray in the opposite direction the person is facing.

Lucas said it’s simply a backup defense, and while it is yet to be tested in a real situation, Tim Lynch, president of the Butte, Montana-based bear-spay maker UDAP, partnered with Lucas and began selling the Back Attack Pack last spring. Lynch says the company decided to move forward because Lucas already built a prototype and he believes there’s a real danger of bears blindsiding hunters field dressing harvested animals. In fact, a study in Alaska showed most people had 1.8 seconds to react to a charging bear—barely enough time to reach spray or a gun if facing the animal.

“This is designed to get that bear off your back,” Lynch said. “It’s not to replace spray, but in addition to it. This is sort of a backup, like a reserve parachute.”

However, not everyone agrees the pack is a good idea. Chuck Bartlebaugh of the educational group [Bear Aware](http://Bear/ Aware) says the pack is “overkill” and preys on people’s fear of bears rather than teaching them to act responsible in bear country. But Lucas claims the pack was about protecting lives, not making money.

“Hopefully it will work, but you won’t know until you need it,” Lucas said. “And I hope I never need it.”