A 19-year-old angler plying the shoreline of Norris Lake in Tazewell, Tennessee earlier this week is now being called a... 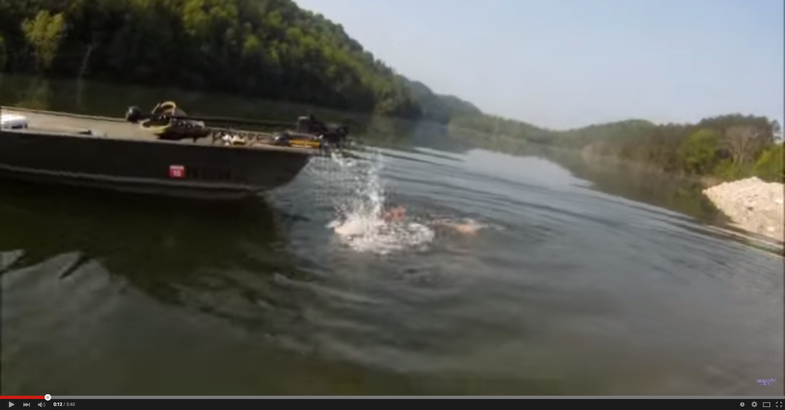 A 19-year-old angler plying the shoreline of Norris Lake in Tazewell, Tennessee earlier this week is now being called a hero after he jumped into the water and rescued another nearby angler that accidentally slipped off a boat and was drowning, according to WKRG.com.

A story from CBS affiliate WKRG says University of Tennessee student Daniel Baldwin’s first passion is fishing, and he was on the riverbank with a GoPro camera strapped to his chest, hoping to capture some bass footage for his YouTube channel, “Fishing with Leinad.”

“I came here to shoot a video for YouTube about catching smallmouths off these boat ramps in the summer time, but I walked away with something I’ll never forget for the rest of my life,” Baldwin said.

It turns out Baldwin was in the right place at the right time to help an unknown angler who fell off the bow of his boat and into the water. Only a few feet from shore, the water was too deep to stand up, and when Baldwin looked to see if the man was injured, all he could see were arms waving and signs of a struggle. It turned out the elderly man couldn’t swim.

“I threw my rod down and jumped in there, I didn’t even think about anything except for getting that man out of the water,” he explained.

Baldwin eventually rescued the stranger and pulled him to shallow water. After nearly 90 seconds, the two made it to dry land, exchanged names, and went separate ways, though Baldwin now regrets he didn’t get more info and says he would like to meet the man again, possibly go fishing, and get to know him better.

Later Baldwin realized the GoPro on his chest recorded the entire incident from his perspective. He later uploaded the footage to his YouTube channel and says he hopes it prompts people to wear a life jacket and will forever be a reminder of how he was able to help someone in need.