Tennessee officials have confirmed the first cougar sighting in the state this year, after one of the large cats appeared... 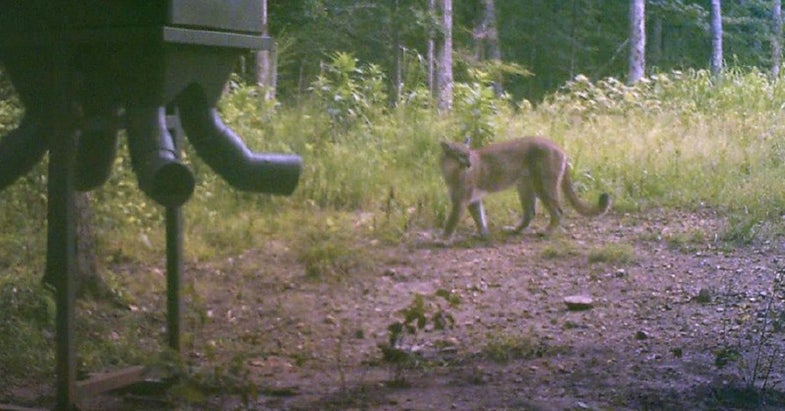 Tennessee officials have confirmed the first cougar sighting in the state this year, after one of the large cats appeared in a trail-camera photo in Humphreys County two weeks ago.

Last summer, the Tennessee Wildlife Resource Agency confirmed the first cougar sighting in 100 years (which also occurred in Humphreys County). Ultimately, officials verified six sightings in 2015, based on photos taken in the western part of the state. TWRA biologist Joy Sweaney told WTVC that the cougars likely belong to a Midwestern subspecies—namely one from South Dakota’s Black Hills—that have somehow made it across the Mississippi River, moving eastward. Until these sightings, the TWRA believed that the cats had been extirpated from the state. But, it seems, the situation has changed. Earlier this year, TWRA acknowledged that cougars have indeed made a comeback in the state.

“There’s a lot of habitat for [cougars] in Tennessee,” TWRA spokesman Doug Markham told WSMV last year. “There’s a lot of things for them to eat, like deer and the smaller wildlife, that’s out there.” Markham anticipated that the cougars would continue to expand their range throughout the region, but it’s unclear whether this new sighting supports this, since it took place in the same county as previous reports.

In the Southeast, the cougar has been a subject of almost mythic quality for a century. WTVC reports that in recent decades, hundreds, if not thousands, of people have reported seeing cougars in Tennessee, and some have even claimed to have spotted a mysterious “black panther.”