The first time was the charm for Tennessean Sydney Fann. In March, Fann managed to bag an extraordinarily large wild... 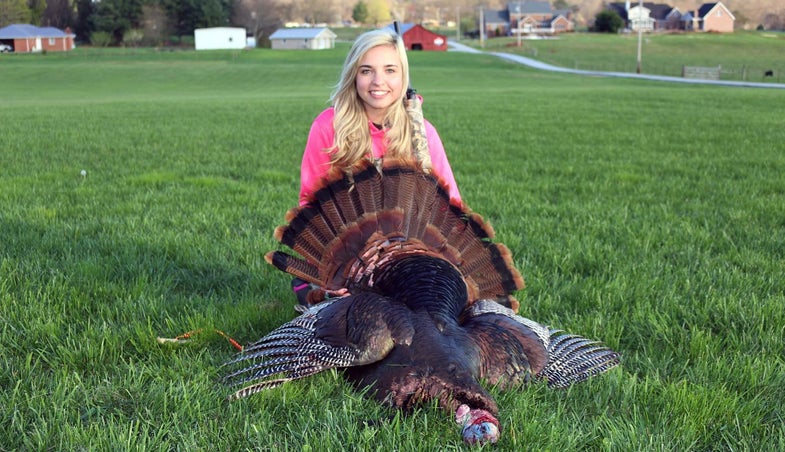 The first time was the charm for Tennessean Sydney Fann. In March, Fann managed to bag an extraordinarily large wild turkey, and after a rather lengthy verification process conducted by the National Wild Turkey Federation, Fann officially holds the state record for the largest typical Eastern wild turkey harvested by a female—and she was only 15 years old when she got it.

The gobbler—weighing in at 25.4 pounds with a 10 1/2-inch beard and spurs of 1 13/16 and 1 15/16 inches—was the first turkey Fann had ever harvested, according to The Daily Times. It is also the fourth largest Eastern recorded in Tennessee by either a male or female hunter. She harvested it using a Remington Model 870.

Fann says that Greg Cook, co-founder of Appalachian Outfitters, is the main reason she was out there in the first place. Cook mentors youth interested in hunting and spearheaded the juvenile hunt that Fann was on.

“He took me out and gave me the opportunity to shoot it,” Fann said. She has been hunting for the past seven years, making her first kill in fifth grade when she shot a deer with a crossbow. Since then, she has become a dedicated hunter interested in pursuing all types of game. What’s next for the young hunter is anyone’s guess.