Last March, when Conner Edwards of Cedar Hill, Tennessee told his third-grade classmates he set a new record for the... 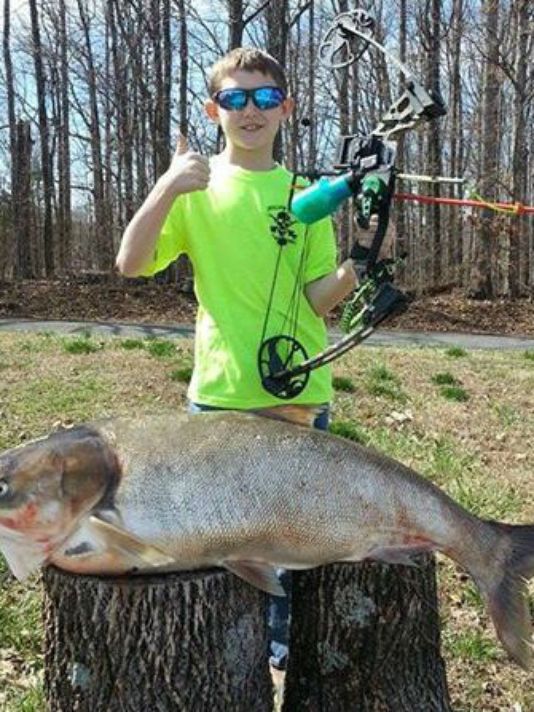 Last March, when Conner Edwards of Cedar Hill, Tennessee told his third-grade classmates he set a new record for the biggest silver carp in the state, they thought he was embellishing how big his fish really was. But when he was able to produce a certificate from the Tennessee Wildlife Resources Agency to prove it, he silenced his critics.

According to a story from The Tennesseean, Edwards’ fish weighed 36 pounds, 13.9 ounces, was 39 ½ inches long – nearly as big as Edwards himself – and is the largest silver carp taken in the state by a method other than rod and reel. The fish bests the old state record of 36 pounds set in 2013.

Edwards said he was hunting at night with a bow he received for his eighth birthday when he saw the carp swimming about 20 feet away. He aimed and shot just before the fish was about to make a break.

“He had been jumping a lot, and I got him with my first shot,” Edwards said. “When we took it to the TWRA and found out it was a state record, it was the best feeling ever.”