The National Civil War Museum in Harrisburg, Penn., is missing three historic firearms following a break-in this month, and the... 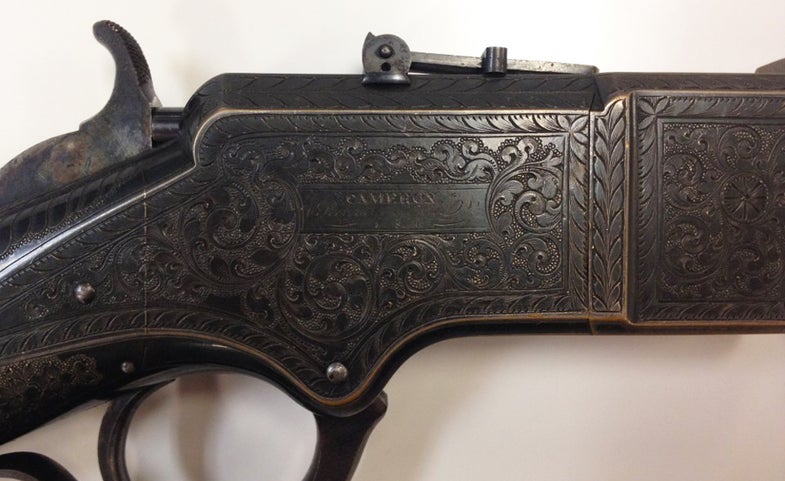 The National Civil War Museum in Harrisburg, Penn., is missing three historic firearms following a break-in this month, and the FBI has joined the search to help recover them.

Penn Live reports that on February 14 two revolvers and a rifle worth about $650,000 were stolen from the museum. The revolvers were a Colt .44-caliber Army single-action and a Colt .36-caliber Navy single-action, both of which Samuel Colt purportedly gave to Secretary of War Simon Cameron in 1861. The rifle was a factory-engraved Henry repeating rifle also given to Cameron.

The museum’s collection features millions of dollars worth of city-owned artifacts, the two stolen revolvers being among them. The Henry rifle is owned by a third party. All three firearms were part of an NRA-sponsored exhibit called Guns and Lace.

Following the break-in, via a broken ground-floor window, the city sent a letter to museum officials demanding that they increase security of the building and better protect city property. According to Penn Live, an alarm system didn’t notify police at the time of the theft, and employees discovered the loss shortly after opening for the day. The security system is now under review.

“Pending this report and its review, I’m not going to make any more comments related to the security system,” Wayne Motts, National Civil War Museum CEO, tells Penn Live. “The primary interest of the museum is the recovery of these three historic firearms. These are treasures of the American Civil War, related to one of the most prominent statesmen of the era.”

Firearms expert James D. Julia tells the paper, “This is a dumb thief. He’s stealing something where the whole value is dependent on who owns it…If he tries to sell it, he’s going to get caught eventually.”