File photograph courtesy of M&R Glasgow/Flickr Late last month, a top official with the Mississippi Department of Wildlife, Fisheries, and... 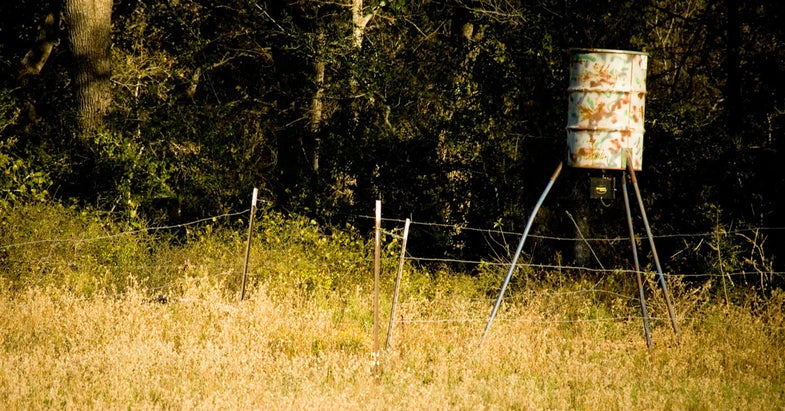 Late last month, a top official with the Mississippi Department of Wildlife, Fisheries, and Parks’ (MDWFP) deer program submitted his resignation after a highly-debated change to the state’s hunting regulations was made to allow hunters to shoot deer within 100 yards of visible feeders.

The biologist, Lann Wilf, resigned from his position shortly before a commission finalized the change—which biologists and conservation groups were not particularly fond of. Wilf told the Clarion-Ledger that after resigning he accepted a job with the U.S. Department of Agriculture Wildlife Services. Though he didn’t fully open up about whether the state’s decision to change the rules on baiting was a factor in his decision, he did say: “I’m not going to comment on that publicly. Let’s just leave it at that.”

The issue of hunting over bait in Mississippi has fallen under scrutiny since the state began allowing supplemental feeding in 2008. At that time, feed was allowed between December and February, and again between July and September, when deer crave food rich in carbohydrates. In the other months, feeders had to dispense a pelletized ration. Furthermore, though a hunter could legally hunt within 100 yards of a feeder, natural vegetation had to hide the feeders from a hunter’s view. Though the 100-yard buffer remains in effect, the rules have changed so that it’s now legal to feed wildlife throughout the year and to hunt “nuisance” animals over bait.

Despite biologists’ warnings that hunting deer over bait increases the odds of transmitting disease among wildlife and affects the health of their herds, commissioners voted to approve the latest rule modification, permitting deer to be shot over feeders in plain view.

“From a biological perspective, it’s just that simple,” executive director of the Mississippi Wildlife Federation said. “It’s going to increase the number of people who do feed and decrease the health of the herd.”

Though Brian Murphy, a biologist and CEO of the Quality Deer Management Association, wouldn’t offer his thoughts on why Wilf resigned, he did say that disputes between wildlife agencies and appointed commissioners (community representatives appointed to a board) are becoming more common. “Without question, partisan politics and backroom deals are playing increasingly significant roles in deer hunting and management throughout the country. Never before has research, science, and the opinions of trained wildlife professionals meant less,” Murphy said. “The recent decision by the [MDWFP commission] to remove the line-of-sight restriction without any tangible consultation with their own agency’s deer experts or those at Mississippi State University is a good example.”