In Wyoming, tumbleweed lichen is believed to be responsible for the deaths of seven elk this winter. The Casper Star-Tribune... 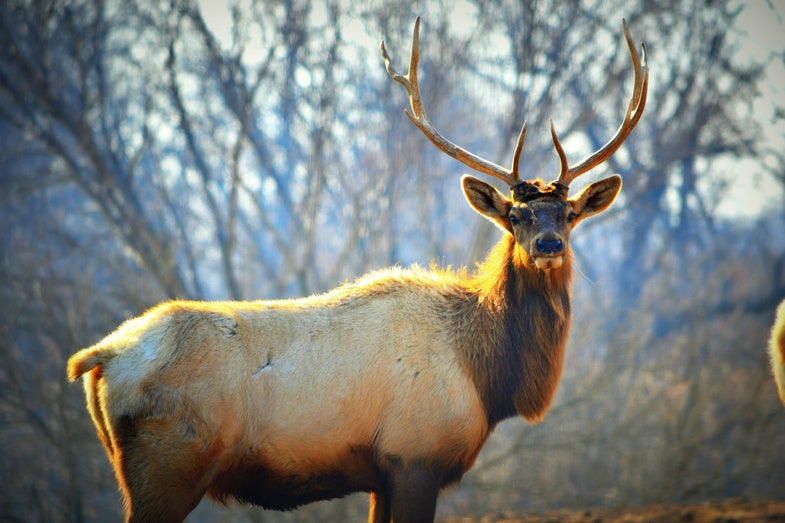 In Wyoming, tumbleweed lichen is believed to be responsible for the deaths of seven elk this winter. The Casper Star-Tribune reports that game wardens found the heavily scavenged corpses in the Red Desert within proximity of a large amount of shield lichen, a leafy fungi common in the West. According to Mark Zornes of the Wyoming Game and Fish Department, it’s not unheard of for elk to contract what is called lichen toxicosis from having consumed the fungi and eventually die from it, but, fortunately, these incidents are too infrequent to impact the elk population as a whole. That said, it remains a mystery why groups of elk occasionally die from lichen toxicosis when the fungi is present across much of their range.

In December of last year, the Billings Gazette reported on three elk that appeared to be suffering from lichen toxicosis. In response, game warden Teal Joseph told reporters, “It’s strange in the sense that every so often, [lichen toxicosis] causes an issue with localized groups of elk even though this lichen is widespread in Wyoming.”

Likewise, Andy Roosa, one of the game wardens who found the dead elk this month, noted that between 2004 and 2008, 500 elk in the area died as a result of eating the toxic lichen. Though the number of elk killed by the lichen is down this year, local officials have begun responding to more reports of elk paralyzed from having eaten it.

Per the Casper Star-Tribune, a WGFD press release states that the lichen causes long-term paralysis in animals; typically, the elk either die from starvation and dehydration, or they’re killed by predators. Wildlife biologist Greg Hiatt advises against eating affected elk, since much about the lichen, including its effect on humans and why elk fatalities seem to be limited to Wyoming, is unknown.