There’s been an escape in New Zealand and, while not quite the same breach of security that New York just... 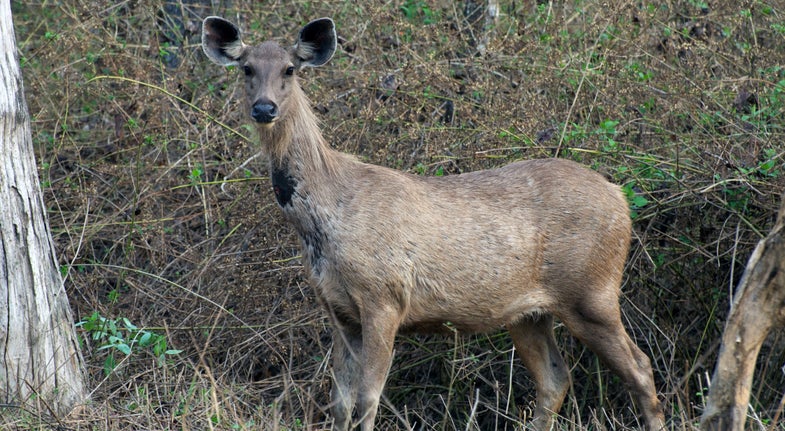 There’s been an escape in New Zealand and, while not quite the same breach of security that New York just faced with the recent prison break, residents of Mosgiel, NZ, are on the lookout for 12 deer on the lam. The fugitive deer escaped from a New Zealand butcher on Monday and are believed to have fled to the surrounding town and nearby forest.

According to the Otago Daily Times, Mosgiel Police Sergeant Kevin Davidson says the 12 deer are traveling in three distinct groups. Police have determined that the deer, after a brief foray into backyards, roads, and railroad tracks, have most likely sought refuge in the town’s wooded areas.

Senior Sergeant Craig Dinnissen says there have been no reports of property damage so far, adding, “There may be a few hoof-marks in people’s gardens, a couple of carrots gone missing, but nothing’s been reported.”

While police continue to try to round up the escapees, staff at the Otago Venison paddock are trying to figure out how the deer got lose in the first place. Some suspect that an emergency gate may be the culprit. Additionally, Otago Venison’s chief executive Andrew Duncan wants the public to remember that deer are not generally aggressive animals, adding that security at the processor is already being “beefed up.”