Two U.S. Fish and Wildlife Service employees are among four Colorado men who have pleaded guilty to poaching a trophy... 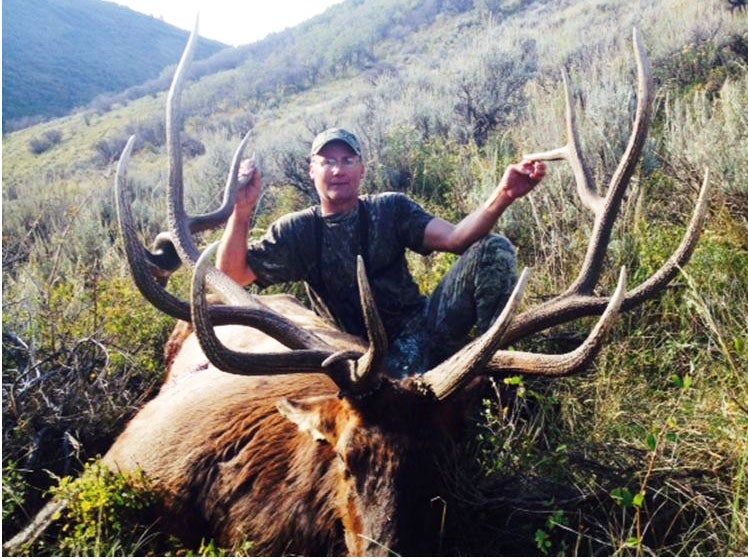 Thad Bingham, a USFWS employee, with the bull elk he illegally killed in 2014.. Colorado Parks and Wildlife
SHARE

Two U.S. Fish and Wildlife Service employees are among four Colorado men who have pleaded guilty to poaching a trophy elk in October 2014.

According to Colorado Parks and Wildlife, Thad Bingham, who killed the elk, was the last of the group to receive his sentence: In mid-June, he pleaded guilty to trespassing and the illegal possession of wildlife. Bingham was ordered to donate $5,000 to the Rocky Mountain Elk Foundation, as well as pay a $200 court fee. He had faced fines of up to $12,000 on the initial charges.

The incident occurred on private land on the Roan Plateau. Brian Scheer, Barrett Rowles, and Josh Fitzsimmons also participated in the hunt, and they each pleaded guilty to criminal trespass and were fined $86, according to The Denver Post. The entire group also faces a five-year suspension of their hunting and fishing privileges in Colorado.

Bingham and Scheer work for the FWS as fish biologists at the Horsethief Canyon Native Fish Facility Ponds.

Authorities learned of the kill after Bingham posted a photo of the bull online. A CPW release said officers then “recognized the landmarks in the background of the snapshot, confirming that the bull was killed in an area well into private property and closed to all hunting.” According to the The Daily Sentinel, CPW then matched DNA found at the kill site with evidence, such as meat, antlers, and equipment in Bingham’s home and at the hatchery.

“Rather than setting a good example as employees of a federal wildlife management agency,” JT Romatzke, a CPW area wildlife manager, said_,_ “these two individuals and their accomplices instead chose to violate the law in an egregious manner, and that is a real shame.”

According to the Sentinel, Bingham began working at the hatchery in 1997, and Scheer began his career in 1987 with what is now Colorado Parks and Wildlife. Both men are still on the job; however, a review is underway. “We also have high standards regarding the ethical conduct of our employees,” Anna Munoz, assistant regional director of the FWS’s Denver office, told the Sentinel, “and take any allegations or information regarding misconduct or violations of laws, especially wildlife protection laws, very seriously. We will conduct a thorough administrative investigation into these matters and will act accordingly on those findings.”