Photo via AOL.com video. On Sunday, in North Carolina, two shark attacks, within 90 minutes and two miles of each... 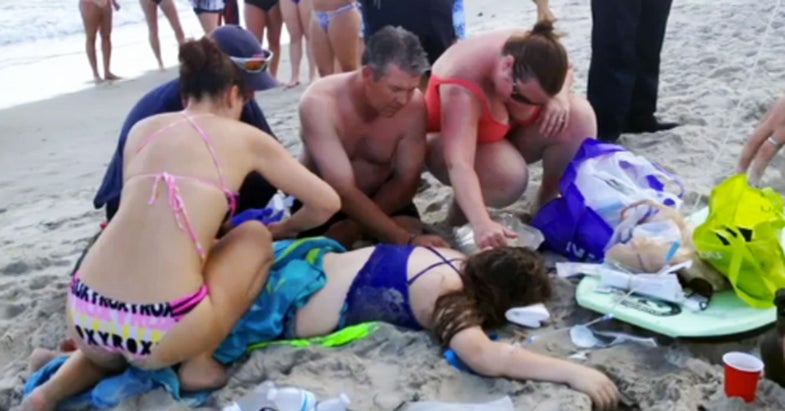 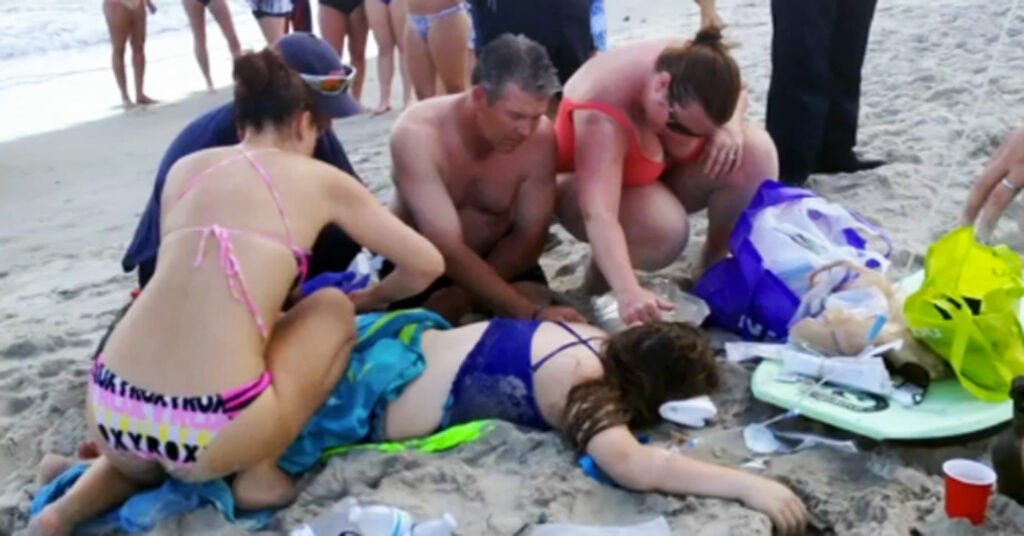 On Sunday, in North Carolina, two shark attacks, within 90 minutes and two miles of each other, caused life-threatening injuries to two young beachgoers. During the first, at 4:00 pm, a 12-year-old girl lost part of an arm and suffered severe bites to the leg. At 5:30, a 16-year-old boy lost an arm as a result of the second. The incidents each took place at Oak Island, on the southern North Carolina coast.

The victims were airlifted to New Hanover Regional Medical Center, in Wilmington, where they arrived in critical condition. Doctors performed emergency surgery, removing the girl’s arm at the elbow and the boy’s below the shoulder. Both victims are now in fair condition.

The first attack occurred near Ocean Crest Pier, a popular fishing spot, leading to speculations about whether bait and chum in the water attracted the shark. The second attack took place two miles away, though officials haven’t determined if the same shark was responsible. An eyewitness to the second attack reported that the shark looked between seven and eight feet long.

The shark was likely a blacktip or a spinner shark, says George Burgess, director of the Florida Program for Shark Research. Burgess notes that both species occasionally bite humans, although such attacks usually occur when the sharks are chasing small fish, their natural prey, and that the species are not normally aggressive toward humans.

Oak Island Mayor Betty Wallace said there wasn’t enough time to decide whether to close the beach after the first attack before the second occurred; however, the beach was closed following the 5:30 attack.

“Our local police ATVs and the sheriff’s boat and a helicopter patrolled immediately after the [second], getting everyone out of the water,” Wallace wrote in an email.
Beaches in the area remain open, although officials have cautioned swimmers to stay in shallow water, and Brunswick County plans to patrol the waters with a boat and a helicopter.