The U.S. Fish and Wildlife Service recently announced their findings from the 2014 Waterfowl Breeding Population and Habitat Survey. The... 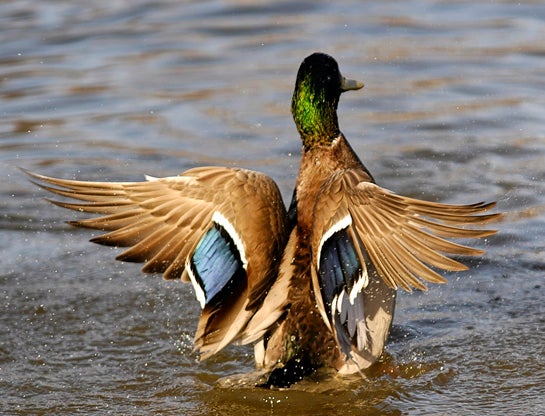 The U.S. Fish and Wildlife Service recently announced their findings from the 2014 Waterfowl Breeding Population and Habitat Survey. The report — which studied more than 2 million square miles across Alaska, some north-central and northeastern states, and parts of south-central, eastern, and northern Canada — found an 8 percent increase over last year’s population estimate and a 43 percent improvement from the long-term average. The total duck population is estimated at 49.2 million in the surveyed region.

“The news from this year’s report is excellent,” said Paul Schmidt, chief conservation officer at Ducks Unlimited. “The last couple of years have been very strong for breeding birds and have produced a wonderful fall flight for us all to enjoy in the United States.”

This year marks the eighth time since 1955 that the population estimate has exceeded 40 million.

Important factors in breeding success include the wetland and upland habitat conditions of the prairies and the boreal forest, according to DU CEO Dale Hall.

“We remain concerned with the continuing and escalating loss of nesting habitat in these areas,” said Ducks Unlimited Chief Biologist Scott Yaich. “Because ducks need water, wetlands to hold the water and upland habitats to successfully raise their young, the ongoing loss of grasslands and wetlands across the Prairie Pothole Region will increasingly impact the number of ducks in the fall flight in the long-term.”