On Feb. 24, the Utah Supreme Court closed public access to miles of trout streams in Utah when it issued... 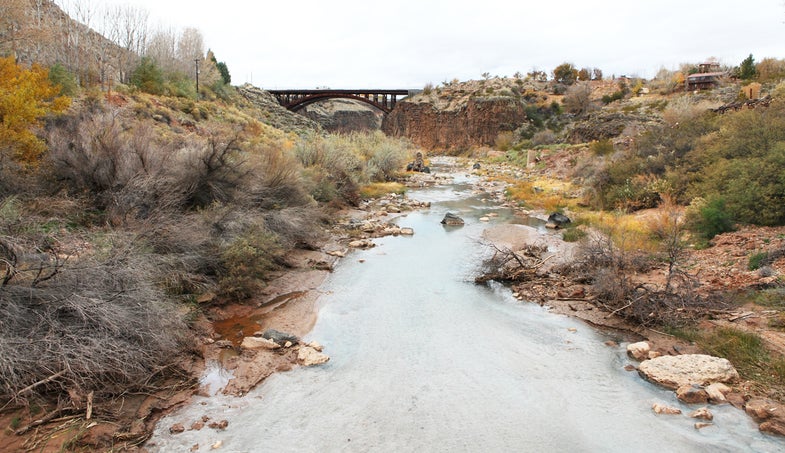 On Feb. 24, the Utah Supreme Court closed public access to miles of trout streams in Utah when it issued a stay allowing landowners to restrict access to the banks of streams on their property while the court reviews an appeal that would reinstitute the Utah Public Waters Access Act. That act prohibits anyone from stepping on the private riverbed of a public waterway, meaning that anyone floating through private land must remain in their boat and unanchored at all times.

According to the Salt Lake Tribune, the stay is a part of an appeal of Pullan’s ruling by VR Associates, which owns the Victory Ranch, located along a four-mile stretch of the Provo River, one of the key waterways at stake. Nathan Thomas, a lawyer for VR Associates, describes Pullan’s ruling as “premised on various erroneous conclusions.” According to Thomas, the Utah Constitution did not consider recreation when it secured access to water in the 1890s. Instead, it had irrigation and commerce in mind, he claims.

In a Facebook post, the Utah Stream Access Coalition, which fought the Utah Public Water Access Act since its enactment in 2010, expressed disappointment and urged anglers to follow the law and avoid trespassing. Per the statement, the coalition remains “confident in our legal arguments before the court and we will continue to pursue all means possible to restore and preserve access to Utah’s public rivers and streams.”

In 2015, the Salt Lake Tribune reported that the USAC won a key lawsuit in its fight against the Public Water Access Act. That lawsuit opened the Weber River to public access based on its status as a navigable waterway. In that case, 3rd district judge Keith Kelly ruled that the riverbed belonged to the public because the river was considered navigable, based partially on the fact that logs and railroad ties were floated there in the 19th century.