Vancouver Man Saves His Life by Kicking Grizzly in the Snout 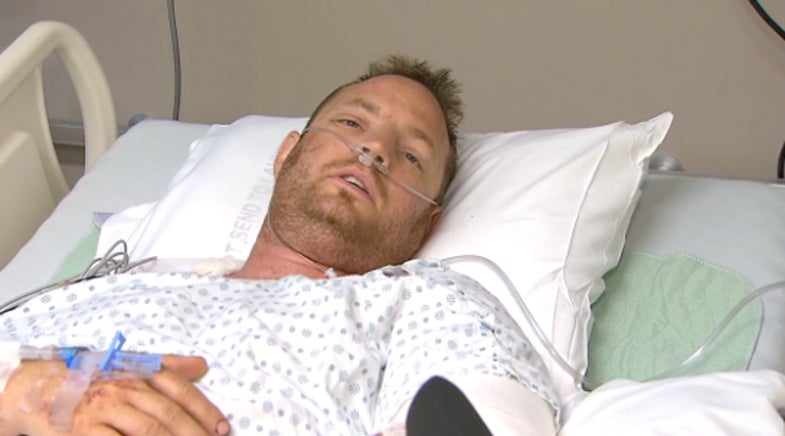 Sturdy logging boots, quick thinking, and a heaping helping of luck saved George Knoll’s life when a mother grizzly bear attacked him last month at a remote location outside Vancouver. As CBC News reports, Knoll was flagging trees for logging, along a creek near Burke Channel, at around 8:30 a.m., when the attack occurred. Muffled by the sound of a nearby creek, the sow and her cub came within nearly 20 feet of Knoll before he noticed them. “I knew I was in trouble because of the cub,” he later said.

Knoll’s instincts kicked in as the bear charged. “She basically tackled me,” he said. His first thought was to play dead, but the tactic had no effect as the grizzly tore into his arm and back, and tried to fling him like a rag doll.

“I thought, ‘This is it, I’m going to die, this thing is going to eat me,’” Knoll said. At that point, he realized that he needed to take action to save his life. He kicked the bear twice in the snout with his heavy spiked boots, which temporarily deterred the grizzly. The bear retreated to regroup and then attacked once more, but another well-placed kick sent it packing for good.

Knoll then radioed his partner, who helped him walk more than 200 yards uphill to a helipad, where Knoll was airlifted to nearby Bella Bella and then flown to a Vancouver hospital. He suffered puncture wounds and bruising but no serious injuries. Conservation officers consider the attack to be defensive, not predatory, and, therefore, will not kill the bear.