A hunting party in Alaska takes stalking to a whole new level—by hunting caribou by bike. And it’s safe to... 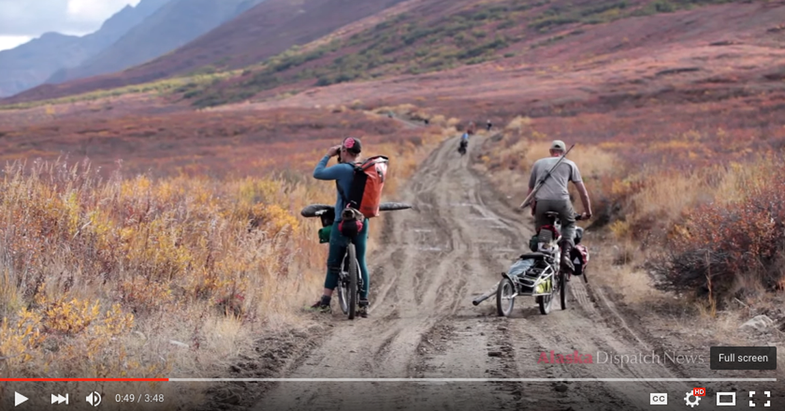 A hunting party in Alaska takes stalking to a whole new level—by hunting caribou by bike. And it’s safe to say that they don’t carry themselves like many other American hunters, either.

The seventeen bicyclists, known as Bike Collective, hunt in the Clearwater Creek unit just off Denali Highway. ‘Collective’ is appropriately used here, as the meat harvested during the bicycled hunts is shared among everyone in the group.

As Alaska Dispatch News reports, Alaska considers the hunting strategy a “community subsistence harvest,” for passing on cultural traditions and skills for an educational purpose, and thus sets rules of engagement for the unusual hunt through the Alaska Board of Game.

“We’re not your typical hunting party,” says Birch Block, a hunter by bike. “It takes a lot of motivation and very able-bodied people to come up here and do something like this.”

The area where the bicyclists hunt is designated non-motorized, so the group must haul all camp supplies eight miles via bike. The effort put forth by each member determines the amount of meat they are allotted at the post-hunt potluck.

This fall the collective had seven caribous to divvy up for dinner.