File photograph courtesy of Florida Fish and Wildlife/Flickr On more than one occasion, I’ve lost a fish off the end... 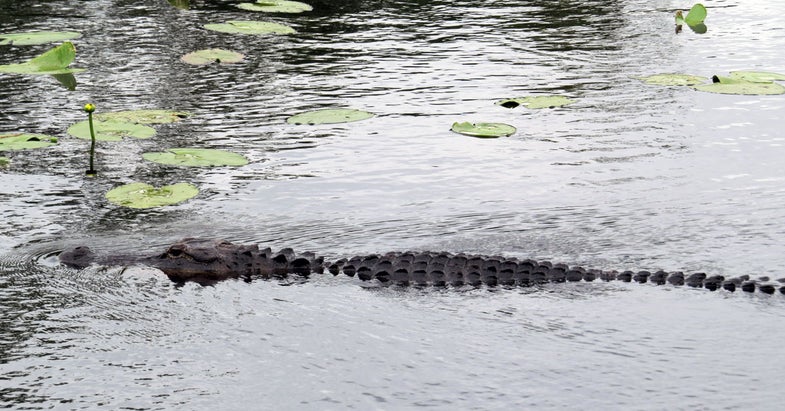 On more than one occasion, I’ve lost a fish off the end of my line because of overexcitement, a lack of planning (i.e. where to land the fish), or a friend who failed to net the catch head first (you know who you are!). But I’ve never lost a fish to the jaws of another predator.

That’s not the case, however, for YouTube user Colm Linskey, who recently posted a video of an alligator eating a fish straight off the end of his line.

According to the video’s description, Linskey was fishing with Double R’s Fishing & Tour Company, in Naples, Florida. When the angler, presumably Linskey, reels in what appears to be a small tarpon, a woman points out that there’s an alligator (which she incorrectly identifies as a crocodile) beside the boat. The guide tries to coach the catch into the boat while the woman becomes more panicked. The “crocodile” misses the fish on the first attempt, but nails it on the second try.