Recently, Dunsborough, Australia, native Brett Stanford, one of the creators of YouTube channel How Ridiculous, used a swivel, a piece... 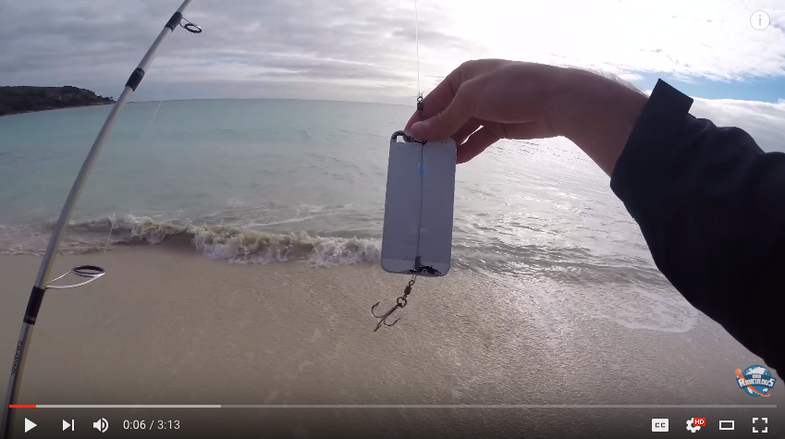 Recently, Dunsborough, Australia, native Brett Stanford, one of the creators of YouTube channel How Ridiculous, used a swivel, a piece of wire, and a treble hook to transform an old iPhone into an entirely new creation. “An iPhone can do pretty much anything,” he says at the beginning of the video, “but can a broken one be used as a fishing lure? And work?”

In short, yes. In the clip, Stanford hooks and lands an 11-pound kahawai, or Australian salmon. He told Mashable Australia that it took about 15 minutes for the fish to bite, then added, “On this particular day, lots of lure types weren’t working, which is what makes it even more amazing that the iPhone did work. Apple has obviously done something right.” After unhooking the fish, Stanford promptly releases it back into the surf.

The kahawai’s hit on Stanford’s improvised lure has already scored How Ridiculous more than 360,000 hits on its YouTube channel. Sure, it seems unlikely that the iPhone lure will catch on among anglers. But then again, when Julio T. Buel dropped a teaspoon overboard in 1848 and a fish struck it, he probably didn’t anticipate that we’d still be fishing with spoons today.