The video of a bison going head to head with a Nissan Xterra in Yellowstone Park last month has gone... 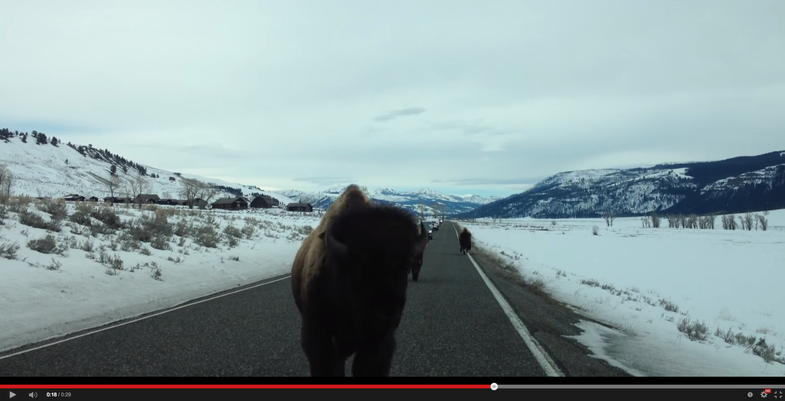 The video of a bison going head to head with a Nissan Xterra in Yellowstone Park last month has gone viral. It’s an impressive display of what can happen when you make a one-ton ruminant angry. A bison can run 35 mph and it hit this SUV hard enough at ramming speed to cause an estimated $2,788 worth of damage. Fortunately for the occupants, the Xterra wasn’t running, or the impact would have set off the airbags.

Tom Carter, an amateur photographer, shot the video of the bison slamming into the SUV owned by his friend Suzie Hollingsworth. Carter believes the bison were being harassed by several cars following them around the park, provoking the incident. After the impact, the bison continued walking past the SUV unfazed.