This story first appeared in 2013, but it seems to have wings, I mean legs, because it’s popped up in... 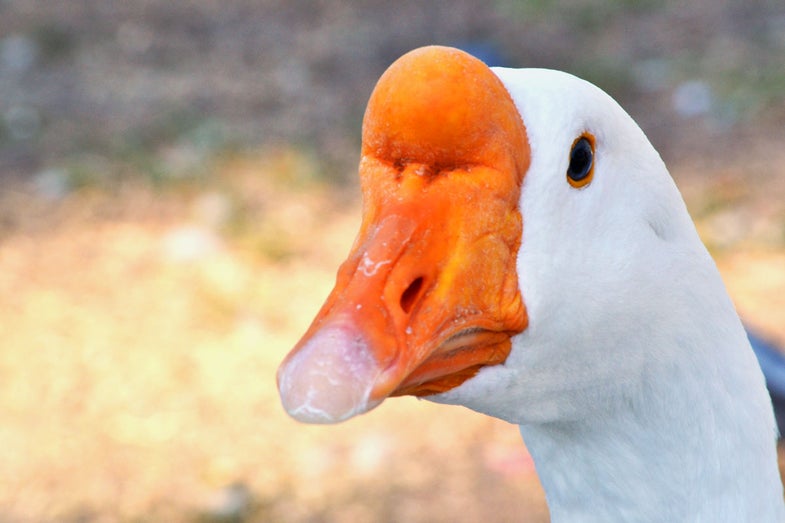 This story first appeared in 2013, but it seems to have wings, I mean legs, because it’s popped up in the news again. As reported here by Weird Asia News, police in rural areas of China’s Xinjiang province are replacing guard dogs with guard geese. Apparently, dogs guarding police stations at night are too easy to drug; criminals were throwing buns laced with poison into police-station compounds for them to eat. Guard geese, however, don’t see well in the dark, so they can’t find the poisoned food, even if they wanted it. Plus, they have excellent hearing, are quick to raise alarm, and will aggressively attack intruders in their territory. National Geographic reports that the geese successfully alerted sleeping officers when a man tried to break into a police compound to steal his confiscated motorbike.

As the video shows, the geese are penned during the day (along with one volunteer duck) and released at night to patrol the police property.