The Coast Guard has released a video captured earlier this month showing how the crew of a rescue helicopter in... 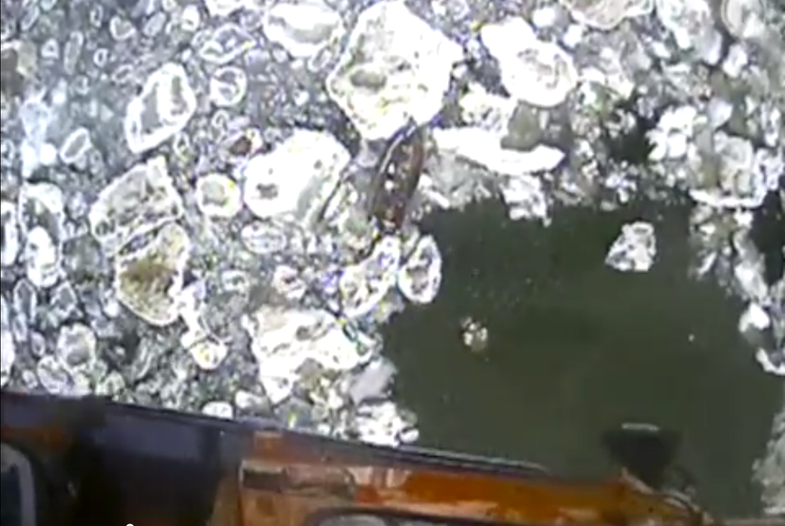 The Coast Guard has released a video captured earlier this month showing how the crew of a rescue helicopter in western Michigan used an “unconventional” maneuver on Lake Macatawa to free two men in a 16-foot boat trapped by ice.

According to a story from mlive.com, the two men were fishing around the mouth of the lake on Saturday, April 11th, but winds blew them a mile and a half out, where their boat was suddenly surrounded by large icebergs. The Grand Haven Coast Guard station received a distress call around 10 a.m. and dispatched a crew by boat but it couldn’t negotiate around the chunks of ice, reportedly as wide as 30 feet wide and two feet thick, so a helicopter from the Coast Guard Air Station in Traverse City assisted with the rescue.

In the clip, which was filmed from the perspective of the helicopter’s hoist, you can see the men in a boat, encircled by chunks of ice much larger than their vessel. As the helicopter crew approached, they worried the air pushing down from the rotor blades would capsize the boat, but noticed the force was strong enough to break up and realign some of the ice.

Hovering about 50 feet above the water, the Coast Guard crew was able to then help the men maneuver through the obstacles and it took the boaters about 45 minutes to reach shore. It’s reported the men on the boat weren’t injured, and their identities were not released.