Dutch police may soon have a new weapon against illegal drones: eagles. According to CNBC, the Netherlands national police force... 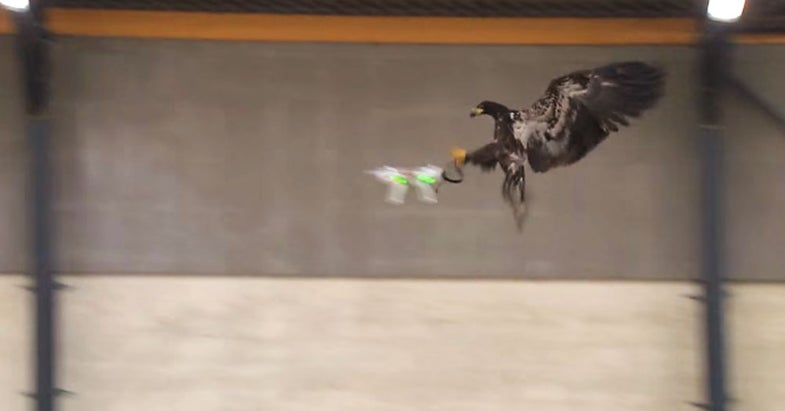 Dutch police may soon have a new weapon against illegal drones: eagles. According to CNBC, the Netherlands national police force is working with a company called Guard From Above to train eagles to catch illegally operating drones, as well as to examine the feasibility of deploying the birds in areas where other drone counter-measures, such as jamming or simply shooting them down, aren’t safe or practical.

Guard From Above and the police are training the birds at an indoor facility in the Hague. “The bird sees the drone as prey and takes it to a safe place, a place where it is not disturbed by other birds or people,” Mark Wiebe, innovation manager for the Dutch national police, said in a press release.

Besides training the birds to pluck drones from the sky, Guard From Above is determining whether catching drones harms eagles’ talons. The police plan to make a decision about whether to move ahead with the project within the next few months.