Video: Deer Jumps Through Hotel Window, Wanders Around Inside

Recently, the guests of the New Victoria Inn, in York, Nebraska, got an unexpected visit from one of the state’s... 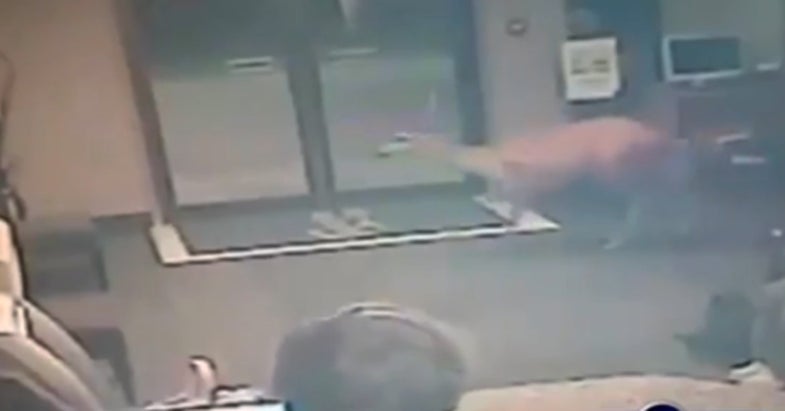 Recently, the guests of the New Victoria Inn, in York, Nebraska, got an unexpected visit from one of the state’s many whitetails when one jumped through a glass window and wandered around the hotel.

The above security footage shows a hotel employee sitting behind the front desk when the deer suddenly scampers into the lobby. The whitetail then takes off through the building, leaving guests puzzled and amused. According to The Mirror, the animal eventually wandered into a laundry room, where a quick-thinking guest shut the door behind it, trapping it in until handlers could arrive and transport it back to where it came from.

Amazingly, the hotel’s owners say this isn’t the first time they’ve had to deal with wildlife. Apparently earlier this month, an elephant knocked on the hotel’s window attempting to enter, but hotel management didn’t specify what an elephant was doing in Nebraska in the first place.