In keeping with the stories we’ve relayed the past few weeks about drones falling (or almost falling) from the sky... 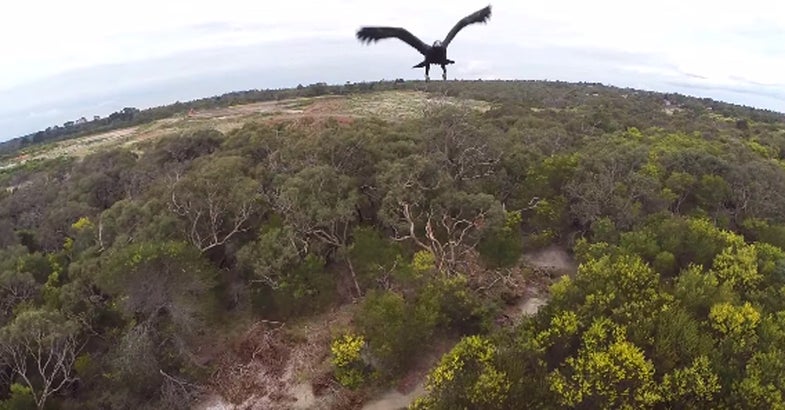 In keeping with the stories we’ve relayed the past few weeks about drones falling (or almost falling) from the sky at the hands of both shooters and anglers, here is a drone clip from Down Under that depicts what it’s like to be struck by an eagle mid-flight.

The 15-second video, posted to YouTube by Melbourne Aerial Video, shows the craft slowly cruising above the trees. As it makes its way, a wedge-tailed eagle appears on the horizon and makes a bee-line straight for it. The last several frames show the eagle’s talons striking the drone, sending it spinning and crashing to the ground.

In the video’s description, the poster notes that the bird wasn’t injured from the run-in, but the drone needed repairs. Also, the poster reminds drone pilots not to fly near birds of prey, as apparently the incident wasn’t the first of its kind.

The eagle strikes quickly, so if you miss it, try viewing the slow-motion version, provided below.