A Yellowstone National Park visitor who ventured too close to a cow elk probably won’t make the mistake twice. A... 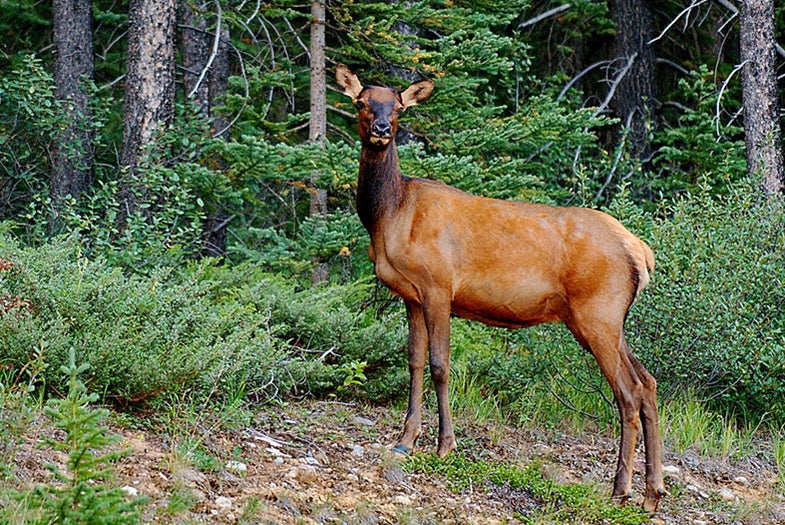 A Yellowstone National Park visitor who ventured too close to a cow elk probably won’t make the mistake twice. A video posted by Jody Tibbitts on Sunday shows the woman walking toward an elk, which had recently given birth, to snap a photo. As the woman approaches the animal, a wildlife guide tells her to back away. But before she can be dissuaded, the elk charges into her, causing her to stumble and fall backward, according to KBZK TV.

“I was just going to tell you, you’re too close to that elk,” Tibbitts can be heard saying in the video. “And that’s why.” The woman apologizes, says it’s been a long time since she’s been to the park, and tells him it won’t happen again. “I’m sure it won’t,” Tibbitts said.

Jeffrey Olson, a spokesman for the National Park Service, tells ABC News that people trying to take photos can endanger themselves and wildlife. The NPS advises park visitors to stay at least 25 yards away from elk. “There is just kind of an ignorant danger, and then there is a whole other level of the really self-obsessed selfie shooters—and what they do is try to close the distance between them and the animal,” Olson says.

Tibbitts, who has worked at the park since 1991, says that there’s been an increase in dangerous incidents due to the rise of digital photography and social media. “Selfies are the problem,” he told ABC News. “It is really the access to high-quality digital photography in everyone’s pocket. People are getting more brazen and more selfish, and for these animals, this is their home.”