Video: Elk From the Air

Have you ever wondered what an elk looks like from the air? Well, a video clip recently released by the... 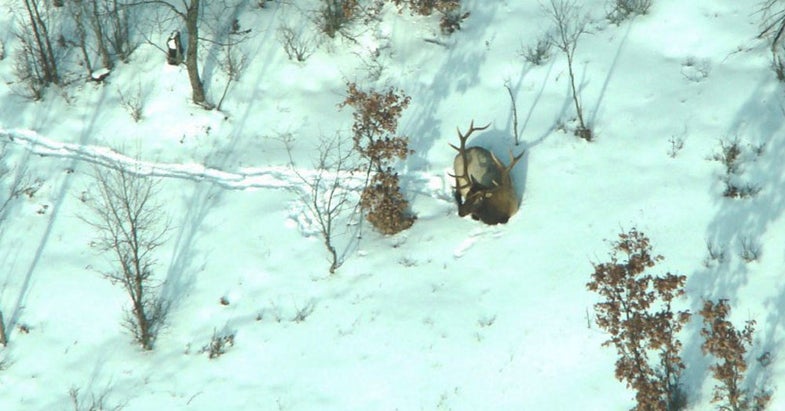 Have you ever wondered what an elk looks like from the air? Well, a video clip recently released by the Michigan Department of Natural Resources offers a first-person perspective.

The DNR has a team of pilots who take to the air almost daily to help find lost outdoorsmen, enforce big-game regulations, spot wildfires, and, at the end of hunting season, survey the state’s burgeoning elk population. You can read a few of their anecdotes here from a past interview.

An article accompanying the above video, produced and posted by Mlive.com, reports that the DNR pilots are accompanied by two wildlife officials who count the animals as part of a biennial survey of the Pigeon River Country State Forest and the Atlanta State Forest.

According to Mlive.com, this year, the DNR waited to survey the elk until all the leaves had fallen and the snow was on the ground, making it easier to spot the animals. When it’s all said and done, pilots estimate that they’ll have completed 88 flights of 2×6 mile grids (totaling more than 1,000 square miles), from 500 feet above the ground.

The DNR says that it tries to maintain an average of 500 to 900 elk in the state, and, though they don’t know how many they’ll spot this year, apparently, in 2014, employees saw 460, which, according to a DNR formula estimating the number of unseen elk, means there were close to 680 roaming the forests.