Here’s a tip: fish the canals of Brooklyn if you’re after a real eye-opening catch. As ABC 7 in New... 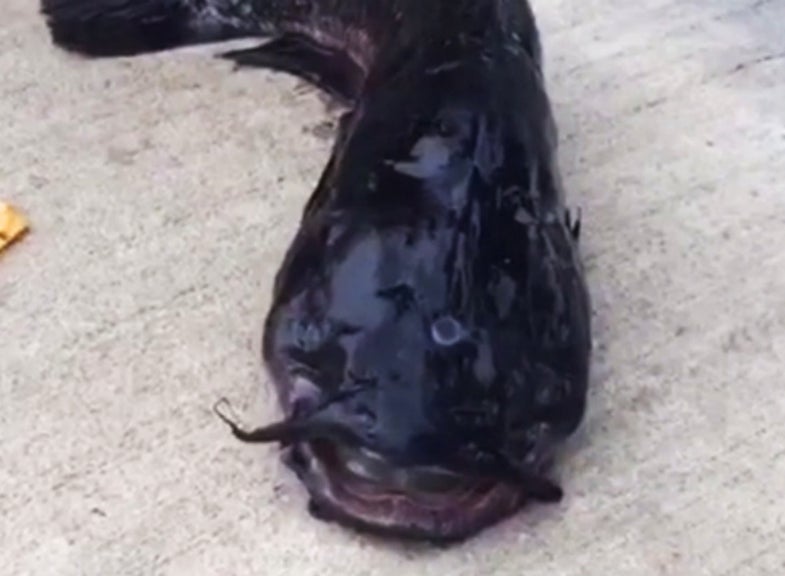 Here’s a tip: fish the canals of Brooklyn if you’re after a real eye-opening catch.

As ABC 7 in New York reports, this week viewer Greg Hunter submitted video to the station of a three-eyed catfish caught in Brooklyn’s Gowanus Canal, a 1.8-mile waterway notorious for its pollution. “Some lady was flipping out because [the fisherman] whacked it dead,” Hunter says, “and she said they were trying to preserve the remaining wildlife [in the canal] or something. It was a crazy scene.”

The story quickly collected comments from viewers, who noted that the catfish resembled ‘Blinky,‘ the tri-eyed fish in The Simpsons.

Hunter told reporters that the fisherman who landed the fish said that he planned on eating it, but given the canal is a Superfund site, this is ill-advised.

There are doubters of Blinky’s legitimacy, though, as Gothamist reports. Richard Borowsky, a biology professor at NYU, says that, based on the video, it appears that someone stuck a piece of paper on the catfish to make it appear to have three eyes—but the fish isn’t, in fact, deformed. As the New York Post points out, however, this is not the first time a fisherman has landed a three-eyed catch.