Don’t judge a dog by its size—or its name. That’s what a French bulldog named Jewels seems to believe, as... 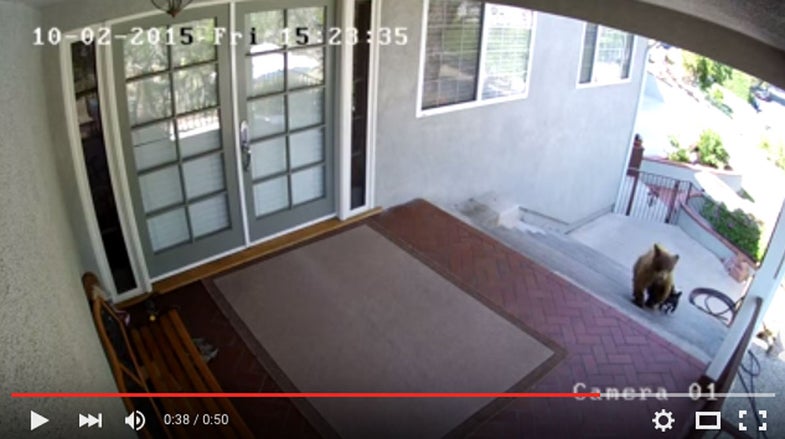 Don’t judge a dog by its size—or its name. That’s what a French bulldog named Jewels seems to believe, as evident in a video clip showing the tenacious, pint-sized pooch chasing off two black bears.

CBS affiliate WSBT reports that the footage is actually pieced-together clips from security-camera footage, which begins with two black bears trespassing on the property of David Hernandez, Jewel’s owner, in Monrovia, California. Hernandez bought the cameras because he was having trouble with invading bruins and worried about the safety of his children.

When Hernandez checked the recordings last Friday, however, he saw the bears that he believes were causing damage to his property—but what he didn’t expect to see was his small dog taking off after the intruders, and eventually ushering them back over the fence.