Every angler has lost bait to a hungry fish but probably never like this. A group of anglers fishing at... 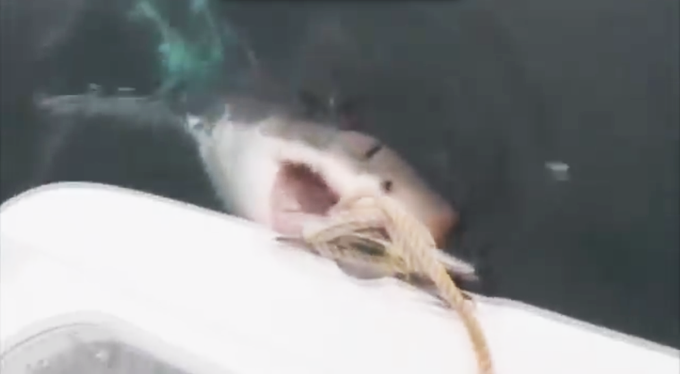 Every angler has lost bait to a hungry fish but probably never like this.

A group of anglers fishing at 28-Mile Wreck, the site of a World War II shipwreck about 30 miles off of Cape May, N.J., watched (and recorded) in awe as a great white shark swam up to the boat and took the chum bag to go.

The shark was 16 feet long, nearly half the size of the group’s 35-foot boat, according to NBC Philadelphia.

Steve Clark, who was on the boat, told NBC that the shark circled the boat for about 20 minutes before approaching and taking the bait.

Clark and his friends also help tag sharks for the National Oceanic and Atmospheric Administration (NOAA), which recently reported that great whites have seen a resurgence since 2000 on the east coast.