Footage of Idaho Fish & Game officer John McLain coming to the aid of a whitetail buck, tangled in what... 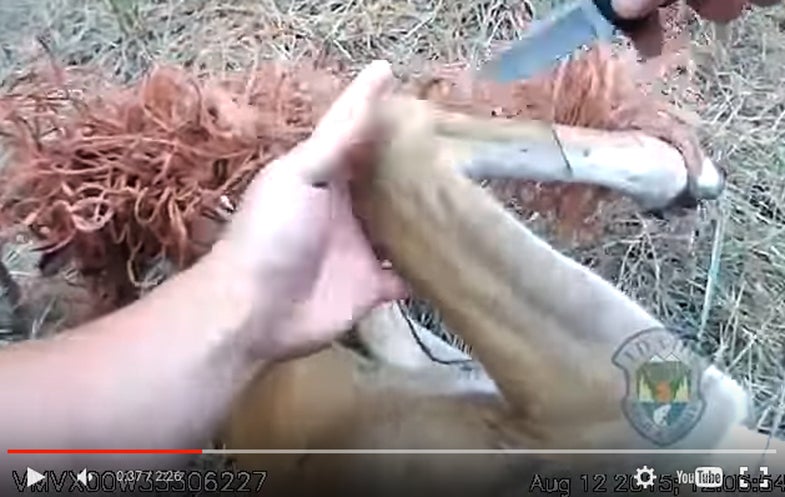 Footage of Idaho Fish & Game officer John McLain coming to the aid of a whitetail buck, tangled in what appears to be frayed bailing twine, is making the viral rounds on the Internet this week.

As KTVB reports, the clip—recorded on a small body camera—shows a young buck bouncing and jostling as it tries to shake the mess from its antlers. The more the deer struggles, however, the more the material seems to tighten its grip around it. Eventually, the deer falls to the ground, and McLain uses the opportunity to kneel over it and cut the twine with a knife.

Apparently, McLain wasn’t sure whether his presence would cause the deer to panic more and threaten his safety. “This might be a video of me getting my butt kicked, or it might turn out alright,” he later said.

Amazingly, the deer remains relatively calm as McLain cuts around its legs and head. Once free, the deer springs to its feet and disappears into the forest.