Earlier this week, as a crowd anxiously watched a deer struggle in Iowa’s Cedar River, a man bravely stepped up... 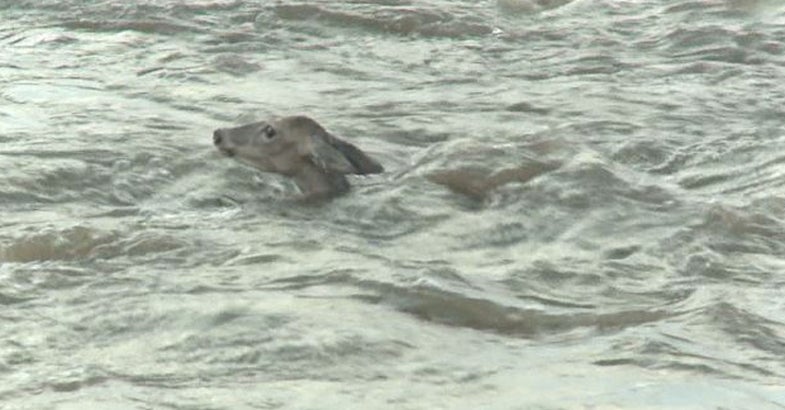 The deer got caught in the Cedar River in the wake of recent flooding.. Video Screenshot
SHARE

Earlier this week, as a crowd anxiously watched a deer struggle in Iowa’s Cedar River, a man bravely stepped up and came to the animal’s aid.

The Gazette reports that the crowd only frightened the deer further as it fought the current. The man, who declined an interview, then decided to rig up a rope system and took to the water to assist the animal. He tied a rope around the deer’s waist and relied on others standing on a bridge to pull it to safety.

A witness told the paper: “It was just really heartbreaking to see the deer float down the stream, and [the deer] was helpless.”

Passerbys filmed the incident; you can see a video above and below.

The Gazette notes that emergency calls were made before the rescue attempt, but officers didn’t arrive until after the deer was on dry land. After saving the animal, the unnamed hero released it back into the wild. Approaching an animal in distress is inherently risky, but fortunately, the man and the deer both walked away unharmed.