An Iowa farmer’s son and his two friends pulled off a bizarre, yet thrilling, late-night rescue, when they hauled a... 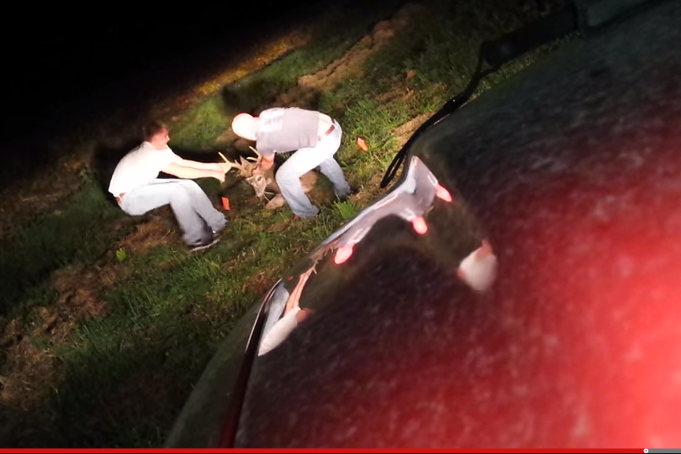 An Iowa farmer’s son and his two friends pulled off a bizarre, yet thrilling, late-night rescue, when they hauled a 10-point buck out of a recently opened sinkhole.

Gary Smorstad’s tractor tire slipped into the hole while he was haying his farm just east of Decorah, Iowa, according to a report from the Iowa Department of Natural Resources. After freeing the tractor, Smorstad looked down and discovered the deer gazing up at him from a depth of about ten feet. Later that night, his son Eric and two friends, Gavin Nimrod and Bryton Meyer, arrived at the farm and set out with a rope and clip to free the trapped buck. Meyer captured the incident on video and posted it on YouTube.

“It was hard to see; [the hole was] only three or four feet wide and maybe ten feet deep,” Nimrod said. “We made a loop, caught an antler, and kept his head up. We decided to tie another rope; Eric and Bryton held my legs and I went down and re-tied it.”

The video shows the men hauling the animal up, then jumping out of the way as the buck got his feet under him and immediately took off, apparently unharmed.

“We were hooting and hollering,” Nimrod said. “Up until then, winning the state football championship was the best thing that ever happened to us. Now, this is.”