Captain Danny Barrow, owner of Silver Lining Fishing Charters, in Hypoluxo, Florida, is no stranger to big snook. In fact,... 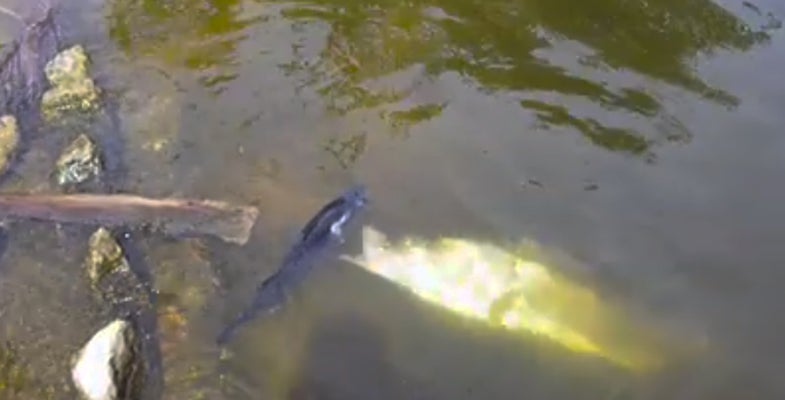 Captain Danny Barrow, owner of Silver Lining Fishing Charters, in Hypoluxo, Florida, is no stranger to big snook. In fact, they’re his specialty. So, when he recently saw a big 40- to 50-pound snook try to engulf a dazed-and-confused, 5-pound bass, he started filming the encounter, and later posted the footage to Facebook.

At the beginning of the clip, you can see the bass struggling in shallow water. Seconds later, the dark shadow appears as the big snook swims near the bass to investigate the possible meal. Then the snook strikes—but it fails to fit the bass in its mouth. Eventually, the stunned bucket mouth meanders under a nearby bush, and the snook makes its way to Barrow’s feet, where he can get a good look at it.

It’s an amazingly large fish, which begs the question, why didn’t Barrow make a cast at such a large, aggressive fish? Anyway, it’s quite a video.