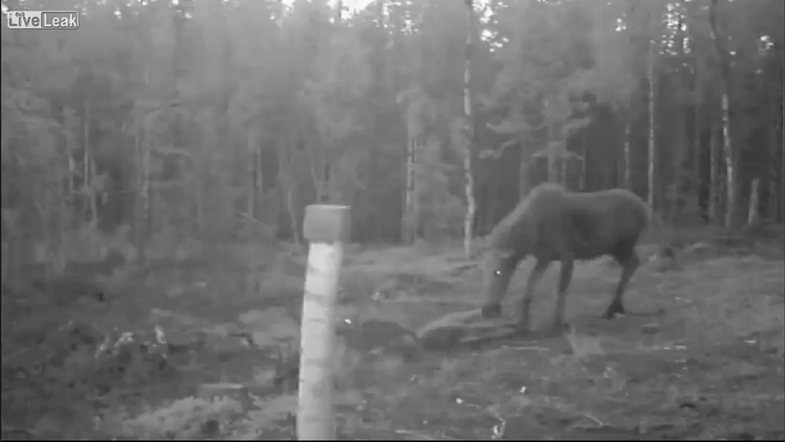 A defensive moose on its own is no joke, but a defensive moose trying to protect its young presents an entirely different danger. Unfortunately, a trail-cam video from Sweden shows that a mother’s survival instinct can sometimes do more harm than good—this cow nearly tramples its own calf while trying to defend it.

The video, reportedly filmed in July and posted to LiveLeak.com on October 2, shows a moose and her calf approaching a salt lick. Moments later, a lone wolf appears in the background and lunges for the calf. The adult moose steps over its young to ward off the predator, and appears to kick the calf several times in the frenzy. Later, another wolf joins the fray.

As the clip ends, the young moose wanders off-camera, and the owner of the footage has never seen it again. He believes the wolves eventually killed the calf, but it’s unknown what effect the injuries sustained from its mother’s hooves could have had on the animal’s death.